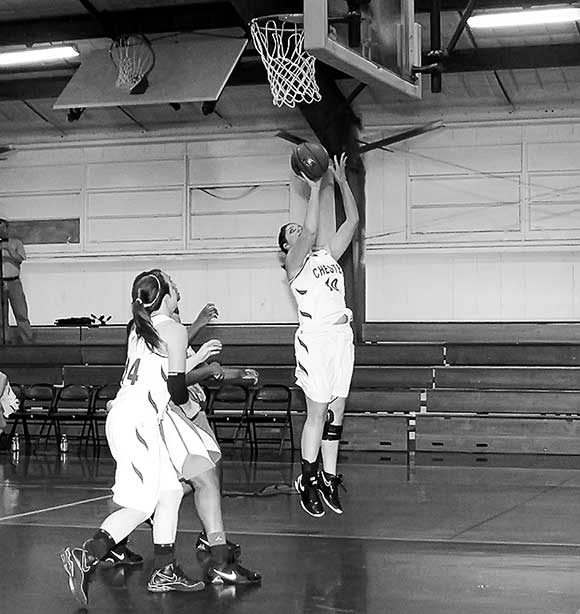 The Chester Ladyjackets added two more wins to their resume. They are now 8-1 in district play and still tied with Leggett for first place. Tuesday, January 22, they took on the Premier Academy Lady Knights. This game was no contest for the Ladyjackets. They were able to dominate the entire game. Destiny Kuehn scored 11 and Shelby Pate with ten were the top scorers for this game. Other scoring players were: Kyrstin Jobe with eight, Maddie Read with five, Timber Wright with five, Jaci Davis with four, Sara Grimes with four, Tyra Adair with four, Alexis Paire with four, Kelli Hadley with three and Laken Read with two. The final score 60-8.

Tuesday, January 22, the Yellowjackets played against the Premier Academy Knights. The Knights are a very difficult opponent. The Yellowjackets fell to the Knight 19-74.

The Chester Elementary is holding their annual Jump Rope for Heart event February 8, from 12:00-2:30. The students have begun collecting donations for this event. All proceeds go to the American Heart Association. Last year's collections totaled $2,198. The goal for this year is $5,000. Donations can be made to a Chester Elementary student or the Chester ISD office. Mrs. Tina Woodrome would like to thank everyone in advance for their contribution.