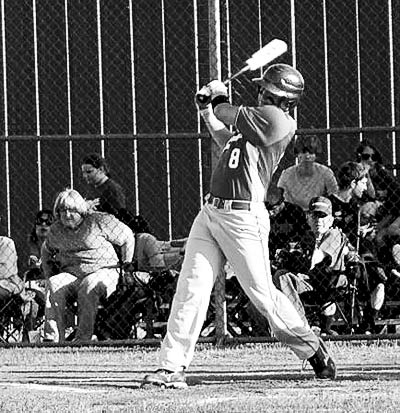 The Colmesneil Bulldogs played the Broaddus Bulldogs on Thursday, April 19, in Colmesneil. In what would be their last home game of the season, seniors Cullen Barker, Daniel Bruton, Garrett Follmar, and Chris Flournoy stepped on the field for Colmesneil.

The Bulldogs got off to a slow start. In the game's first inning, Broaddus was hitting everything that Colmesneil threw at them, scoring four runs. But in the second inning, Colmesneil showed why they were in first place in the district, scoring five runs, highlighted by Zach Costellow's two-run single and Cullen Barker's three-run homerun to left field. In what would be his final inning of the game, pitcher Bryce Rains took the mound looking to maintain the Bulldogs' lead. He was unable to do so, as Broaddus continued to take advantage of Colmesneil's infield errors. Rains then faced tough situations, walking two batters with the bases loaded, allowing two runs. Later in the inning, Kolton Bass hit an RBI single that put the Bulldogs down by a score of 8-6 at the end of the third inning. In the fourth inning, head coach Alex Davis pulled Bryce Rains and put in sophomore Cole Lowery to pitch. Rains finished his toughest game of the season with three innings pitched, giving up seven hits, walking five batters, striking out one batter, and giving up eight runs. Lowery then took the mound, but the results were the same. Broaddus was able to score three runs in the fourth inning, giving them an 11-6 lead. The Bulldogs weren't able to come back, as the final score was 13-6, giving the Bulldogs their second district loss of the season. Earlier in the week, the Bulldogs took on the Zavalla Eagles, a game which they were able to handle with ease, defeating the Eagles 6-0. The Bulldogs were also scheduled to play the Burkeville Mustangs, but the Mustangs forfeited, giving the Bulldogs an overall district record of 11-2, and the Mustangs forfeit means that the Bulldogs have clinched a playoff spot.

The Colmesneil Lady Dogs took on the Zavalla Eagles on Tuesday, April 17, in Colmesneil. The Lady Dogs got off to a slow start, as they fell into a three-run hole against the Eagles. But the Lady Dogs had a great third inning, as they were able to score three runs and tie up the game, led by Megan Allen's double, Ali Harvey's RBI single, Kara Standley's single, and Elisabeth Bryan's two-run single. In the fifth inning, a three-run homerun by the Eagles seemed to take the life out of the Lady Dogs until the seventh inning. With only one out from ending the game, Elisabeth Bryan stepped up to the plate with two runners on base. Bryan then had a hit deep into left field, and both runners for the Lady Dogs scored, making the score 6-5, in favor of the Eagles. The Lady Dogs then hit a pop-up into center field, as the Eagles were able to make the play and give the Lady Dogs their second district loss of the season. The Lady Dogs already have a playoff spot clinched; they're just waiting for the other two playoff teams in the district to finish, so the final seedings can be released.