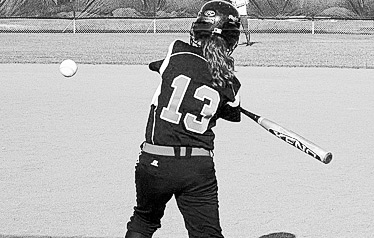 The Lady Warriors of Warren were put against the Hardin Hornets, currently in first place for the district. The game took place at Warren on April 13. After a seven inning struggle, they lost in the end. This loss changed their record to 20 wins and 3 losses this season. It was also Senior Night for Warren. The team saw five seniors play their final home game. The seniors were Shelby Ford, Meagan McCluskey, Ashley Odom, Haley Roach, and Jordan Spivey.

The first inning began with the Hornets up to bat. Chelsea Hammonds pitched for Warren, pitching hits for four opponents. Hardin hit one player in before a triple was hit and two more players were hit into home. The third out came with Hammonds striking out a batter. The home team then came up to bat. Four players batted in this inning; however, Spivey was the only one to make it to first base. The first inning ended with the Hornets in the lead at 0-3.

The Lady Warriors upped their fielding for the next inning, not allowing any players onto the bases. Their opponents returned the favor and halted the team from advancing their score. During the third inning, the Hornets' score remained the same as they were unable to advance onto the bases. The Lady Warriors finally contributed some action to the game as Brenna Johnson made it to first base. Kaylon Morvant and Jordan Spivey were walked afterwards, loading the bases for the upcoming batter Kacy Priddy. Priddy was able to hit the ball, but was forced out at first base, ending another scoreless inning.

Hammonds pitched two hits in the fourth inning; however, the fielding team members guarded their bases well, preventing the hitters to advance. McCluskey and Ford both had solid hits, but were quickly halted before they reached first base. To the Lady Warriors' dismay, the Hornets increased their score during the fifth inning. After four hits and one strike out, a triple was hit, bringing in three team members. After Johnson and Morvant had base-worthy hits, Spivey hit in a strong double, bringing Johnson back home, for the first point for the Lady Warriors. The inning ended with the score at 1-6.

Johnson took the place as pitcher for the final two innings, and struck out two players in the sixth inning. Hardin failed to score; however, they remained in the lead after Odom was the only Lady Warrior to make it onto first base. The Hornets had four hits and two strike outs in the final inning. The team also scored four points to strengthen their position against Warren. Odom, Ford, and Morvant hit themselves onto a base, during the seventh inning. Though Odom was forced out at third base, the team was still able to score, as Spivey hit Ford home. The game ended with a score at 2-10, a well-played, but losing game for the Lady Warriors.