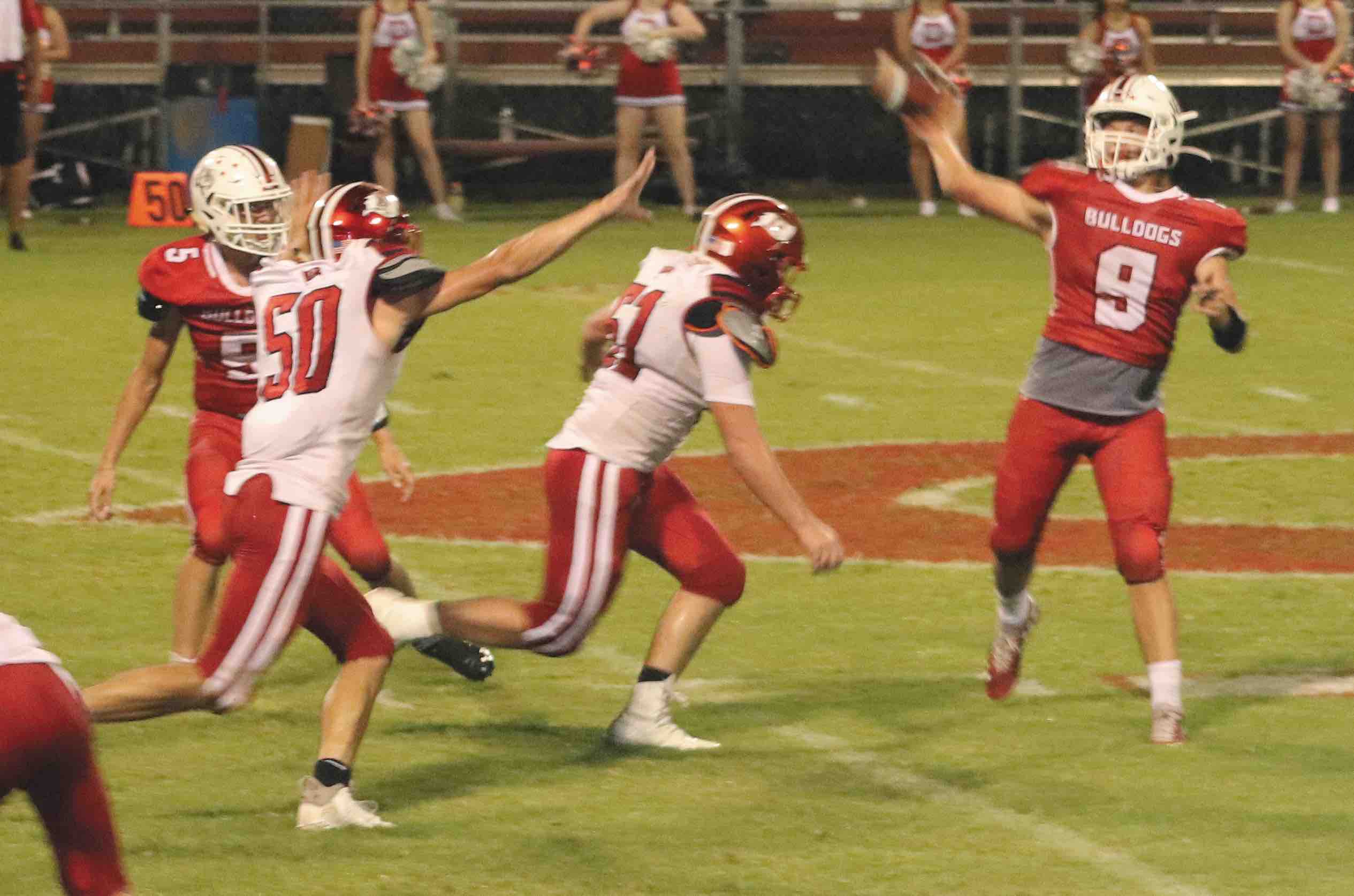 COLMESNEIL – The Colmesneil Bulldogs hosted the Deweyville Pirates for their homecoming game last Friday and came up on the short end of things.

The 46-6 final score, with the Pirates in the win column, brought both schools to a 1-1 record. The ‘Dogs held off the Pirates for most of the first quarter, only giving up six points to them. Once the game started, with the Pirates winning the coin toss, senior running back Cade Watson scored within a few plays. In the second quarter, the ‘Dogs scored their lone touchdown of the game, and the game sat at 14-6 at halftime.

The second half of the game was much more the Pirates’ show, as they scored two touchdowns in both the third and fourth quarter. A 79-yard touchdown from Watson set the stage soon after the third quarter began.

Colmesneil is set to play High Island’s Cardinals on the road on Friday. The 0-2 Cardinals are coming off a shut-out loss to Louise last week.

This week’s game will be the final non-District contest for the ‘Dogs. They are scheduled to take on the Overton Mustangs on the road Sept. 25 to begin conference play.

In Lady Dogs volleyball action, Colmesneil is at 3-4 overall, with one game into District play. They lost Friday’s game against the Lovelady Lady Lions 3-0. They played the Groveton Lady Indians on Tuesday at Groveton. The results of that game are unavailable at press time.