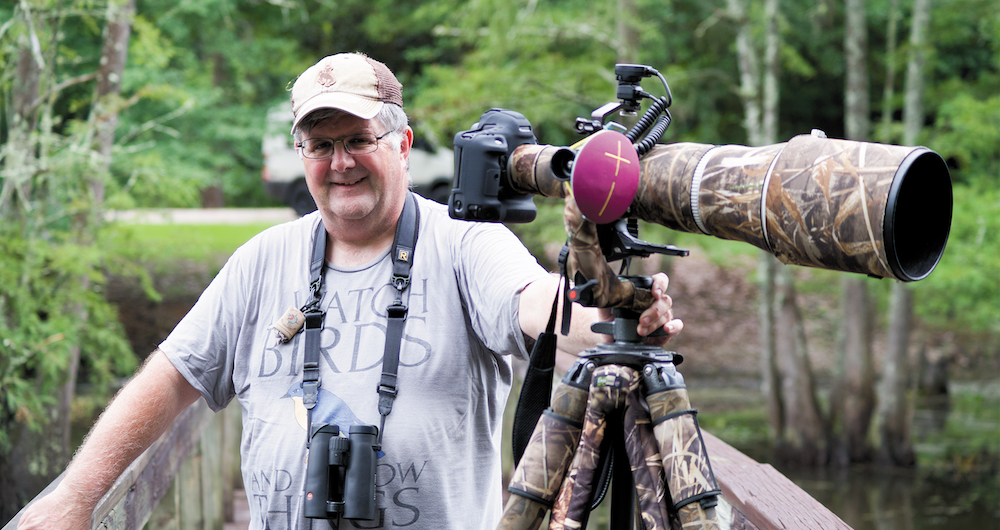 Caleb Fortenberry | TCB Avid birdwatcher Mike Williams from Sugarland, and originally from England, has been to nearly 75% of the Texas State Parks. Mike and his wife set up in Martin Dies, Jr. State Park last Wednesday to photograph birds in the Walnut Ridge Unit in Jasper. “The best way to social distance is to go into the middle of nowhere,” said Mike.

Texas Parks & Wildlife District leader for the East Texas Pineywoods, Rusty Wood claimed that the fish & tackle and licensing sales have increased dramatically this year. He predicts the Hunting licensing will follow a similar path. Wood said people were, “recreating a lot more.”

With the increase of concern with Gov. Greg Abbott’s facemask covering, Texas State Parks are still open to the public with few exceptions to normal rules.

Martin Dies, Jr. State Park Superintendent Charles Hubbard explained, “We actually have been relatively steady.”
“If you’re thinking about coming camping. Make your reservations about three weeks in advance,” Hubbard suggested for weekend campers. “Middle of the week as of now, Monday through Thursday are relatively empty as far as camping.”

Hubbard mentioned that Abbott has the parks facilities only open to 75% and the reasoning is not as much for camping space, but confined areas such as restrooms.

“You can come out here to a facility that we operate and recreate in a safe manner,” said Hubbard. “Covid has breathed a new life into outdoor recreation.”