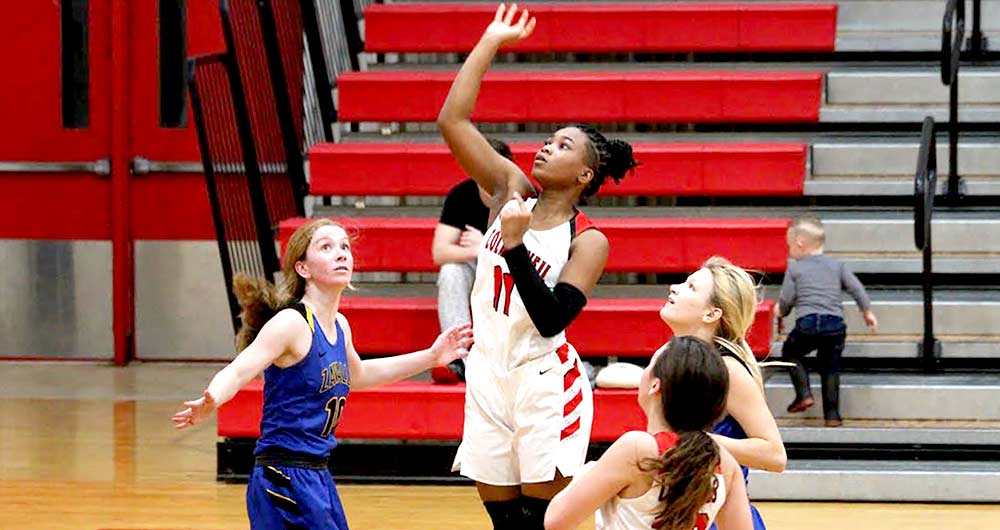 The Lady Dog basketball team traveled to Deweyville on Tuesday, Feb. 17 for their Bi-District basketball game. The Lady Dogs fought hard to continue their post district play, but could not come out on top against the Sabine Pass Lady Sharks. The Dogs were not ready for the season to end, but have amazing potential for next season.

Bulldog basketball played their last game of the season on Tuesday, Feb. 17 against Big Sandy. The dogs were not able to grab the lead in the beginning and could not catch back up. The final score of the game was 29-72. The Bulldogs fought hard throughout the season and put hard work and dedication into each game.

Lady Dog softball traveled to Hemphill on Saturday, Feb. 22 to play Warren and Hemphill. The first game was against Warren and the Lady Dogs came up short with a final score of 1-4. The second game took place against Hemphill. The dogs started out strong, but fell behind and could not catch up. The final score of the game was 5-15. The Lady Dogs will be their first official game of the season on Tuesday, Feb. 24 at the Alicyn D. Mitcham field in Colmesneil against Corrigan-Camden. Varsity will begin at 6 p.m. The dogs will also play in a tournament on Thursday, Feb. 27- Saturday, Feb. 29. The game times for Thursday will be at 8 a.m. against Kirbyville and 12 p.m. against Hardin Jefferson. On Friday, the dogs will play at 9:20 a.m. versus Orange Field and 1:20 against Hampshire Fannett. On Saturday, the dogs will take on West Orange Start at 2:40 p.m. and Jasper at 5:20 p.m. The Lady Dogs are working hard to improve each and every day at practice.

Bulldog baseball played at the Handley- Stewart Field on Saturday, Feb. 22 against Big Sandy. Freshman Reed Best performed exceptionally well on the mound and has a promising future. Senior Gerrick Vrooman and Sophomore Jay Johnson also did well on the mound for the dogs. Despite their best efforts, the dogs could not win and the final score of the game came out to 4-7. The Bulldogs also played their first official game of the season on Monday, Feb. 24 against Onalaska. The scoreboard did not end in the Dogs’ favor and the final score was 2-13.