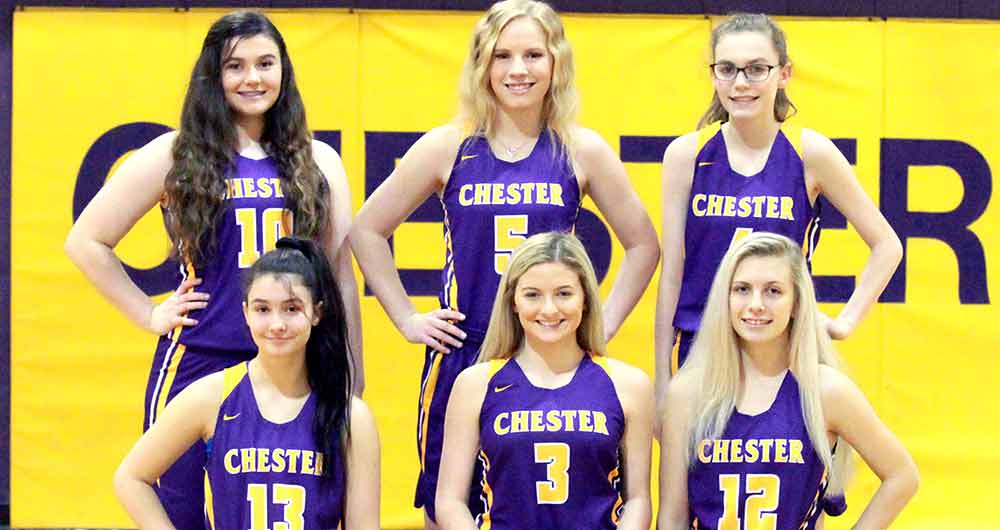 The Chester Lady Jackets have achieved something no other varsity girls team has achieved in over 30 years by adding another gold basketball to the trophy case. These girls are the District 29 Co-Champions. The Lady Jackets started district with two losses, and then started a winning streak that brought them back to the top. Coach Cory Hines opted against a tiebreaker with High Island, choosing to flip for seeding.

The Lady Jackets faced Dime Box on Monday, Feb. 17 at Willis High School. They battled all four quarters but were not able to come away with the win and lost 31-42.

Annie Rayburn scored 10 points for the Lady Jackets, and Jasmine Mitchell scored 9 points. Emma Grimes contributed 6 points, Trinity Jerkins scored 4 points, and Josey Sturrock scored a basket. The Lady Jackets have improved every year for the past three years, and Coach Hines plans to keep that momentum going for the girls’ basketball program.

The Lady Jackets lost to the Leggett Lady Pirates in Leggett on Tuesday, February 4 by a score of 36-44.

Yellowjacket Basketball
The boys basketball team played a good game against the Spurger Pirates in Spurger on Friday, Feb. 14, but were unable to defeat the Pirates.

The Jackets defeated the Burkeville Mustangs in front of a home crowd last Friday by a score of 53-47. J.D. Clarke led the team with 20 points.

Jake Pitre was right behind Clarke with 14 points. Braydin Davis hit four 3-pointers for 12 points for the night. Carson Thomson scored four points and Luke Read scored three points. The Jackets lost to the Leggett Pirates last Tuesday, February 4 by a score of 16-96.

Wild Game Supper
The Chester Athletic Booster Club held their Wild Game Supper on Saturday, Feb. 8. This event was a big success, and it was because of the support and help from so many people. Donations from businesses in Tyler County and Polk County, alumni and friends of Chester I.S.D. were so appreciated and will benefit all student athletes at Chester ISD.