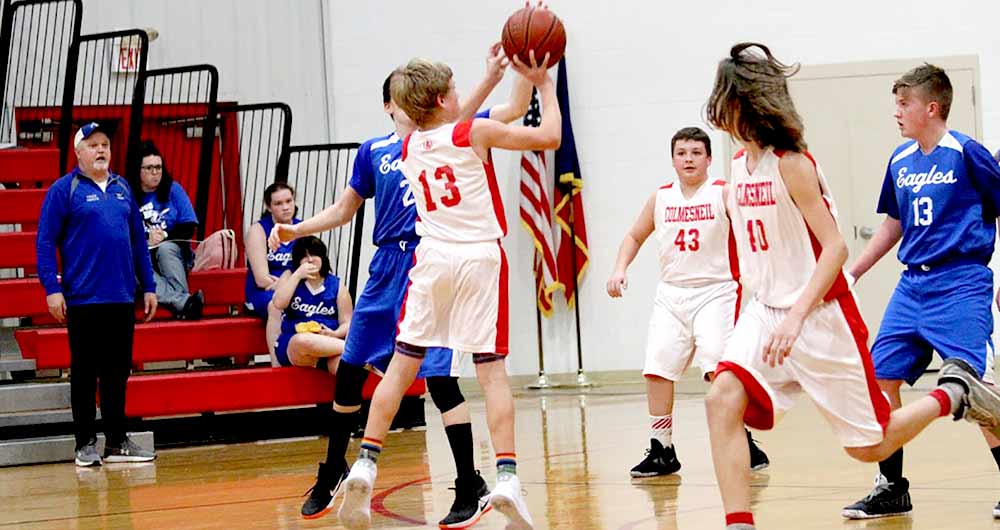 The first two quarters went by quickly and neither team scored many points. The game heated up quickly during the second half of the game and the lady dogs 8-12 with two minutes left in the 4th quarter. The dogs were able to score two points and bring the score up to 10-12. The dogs attempted to score before the clock ran out but could not catch back up. The final score of the game was 10-12. The next game for the Lady Dogs will be Thursday, Jan. 23 in Oakwood. The girls will begin at 5 p.m.

The Junior High Bulldogs also took on Apple Springs on Monday, Jan. 13. The Dogs fell behind 2-17 after the end of the first quarter and fought hard to catch back up over the next three quarters. The score going into halftime was 7-20 and the dogs were catching back up. Unfortunately, the Dogs could not catch up to Apple Springs and the final score of the game was 23-47.

On Tuesday, Jan. 7 the Lady Dogs took on Hull Daisetta for the final preseason game. The Lady Dogs came out strong and scored 12 points in the first quarter while Hull Daisetta could only put up seven points. The Dogs remained strong throughout the game and won 42-35. Junior Lauren O’Neal led the team in points and scored 15 points during the game. Senior Lacy Reynolds also scored 12 points. On Friday, Jan. 17 the Lady Dogs traveled to Broaddus for their first district game of the season. Sadly, the Lady Dogs were unable to win and the final score of the game was 30-54. O’Neal led the team in numbers with 12 points.