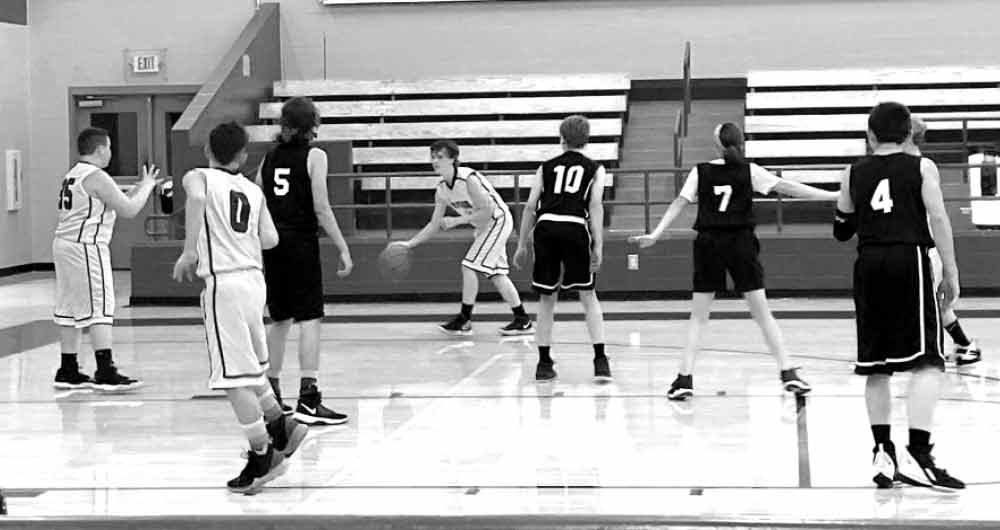 Spurger Lady Pirate’s volleyball competed in Area against the Trinidad Trojans on Nov. 7. The ladies gave it their all but were unable to come away with the win. Although they did not advance any farther in play-offs, they still hold the title of District 24-1A Champions.

Congratulations to Coach Steve Drumm and his team on a great season. Seniors McKenzy Hatton and Abigail Sirmons will be greatly missed next year and are currently looking forward to basketball season. The team, led by Coach Kristi Henderson, plays Kirbyville on Friday, Nov. 15, and their first home game of the year will be against Big Sandy on Tuesday, Nov. 19.

Junior High boys’ basketball played Good Samaritan on Nov. 4. The boys came out strong and quickly began putting numbers on the board. They played as a unified front and were effective in executing their plays. At the buzzer, the Pirates won 42-23.

Coach Caleb LeBouef said, “The boys played very strong as a team against Good Samaritan. They have been working hard and are progressing well. We’re excited for the upcoming season and look forward to more success on the court.”

High School boys’ JV and Varsity basketball hosted a scrimmage Saturday, Nov. 9, against Regents Academy and Good Samaritan. The Pirates have a young team this year after losing several seniors to graduation. Even though they are a younger team, they are making great strides to improve their performance on the court.

Varsity played five scrimmage quarters and did very well in four of them. Coach Jerry Stapert is pleased with the way the boys are working together as a team and is ready to get the season started. They play at Regents Academy on Saturday, Nov. 16, and at home on Tuesday, Nov. 19, against Big Sandy.

Homecoming Week will kick-off with a parade on Thursday, Nov. 21 at 4:30, followed by gumbo in the cafeteria, and the bonfire at 6. Coronation will be the next evening on Friday, Nov. 22, at 5:30. The girls’ basketball game will begin at 6, and the boys will play immediately following at 7:30. A full basketball schedule can be found on the school website, located at www.spurgerisd.org.