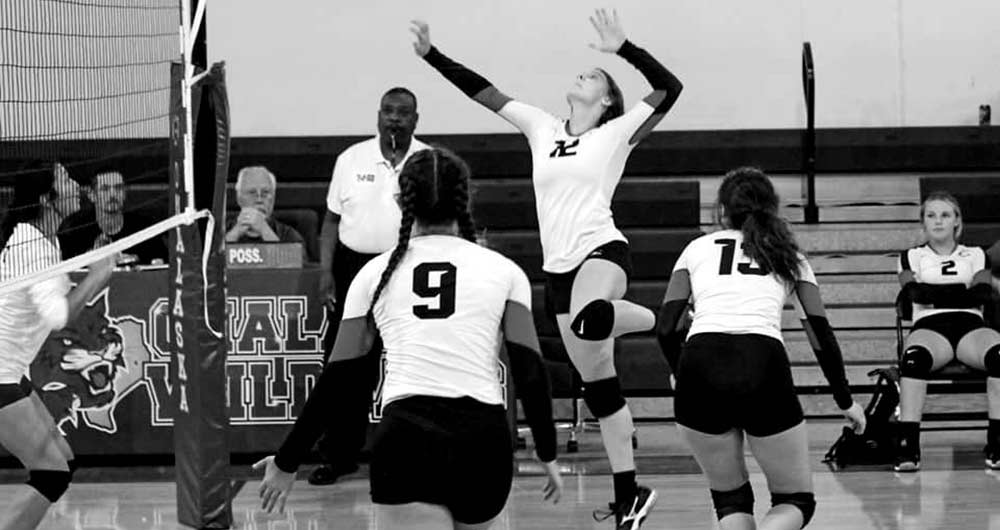 COLMESNEIL – On Friday, August 9, Bulldog Country welcomed the upcoming seasons with introductions and showcases. The night began at 10 p.m. with an introduction given by athletic director and head football coach Cody Day announcing football players and coaches as the bulldogs prepare to make a showing this season.

Once introductions were complete, the volleyball teams formed drills for the community to watch. Once volleyball wrapped up, the football boys took the field for practice at midnight. For the first time, the football team practiced in pads displaying drills and skills learned during previous practices. Head Coach Cody Day will be assisted this season by Caleb Hardy, Trevor Morgan, Coleman Butter and Byron Sanford.

Come out and watch the Bulldogs participate in a scrimmage at Taylor Field on Saturday, August 17 at noon.

Also, on Saturday, August 17, a benefit ragball tournament will take place at the baseball and softball fields in Colmesneil. The event will benefit the family of Cheyenne Courtney, a Colmesneil ISD student recently diagnosed with leukemia.

On Thursday, August 8 and Saturday, August 10, the Varsity Lady Dog volleyball team, led by head coach Karen Bearden and assistant coach Nancy Bearden, traveled to Onalaska for a two-day tournament. Thursday was filled with pool games to determine seeding for the games on Saturday. During the first pool game on Thursday, the Lady Dogs fell short in games against Huntsville JV. The second pool game against Lovelady showed improvement for the dogs, but the score still fell a bit short. During the third pool game, the girls found their groove and defeated Crockett. On Saturday, the girls’ first game was against Onalaska leading to tight scores and steady teamwork.

The girls lost two games by scores of two points. The next game proved to be an easy defeat against Latexo. After a long break, the girls played Huntsville JV for consolation and lost. On Tuesday, August 13, the Lady Dogs will host Anahuac at home beginning with JV at 4:30. On Friday, August 16, the teams will travel to San Augustine to play with JV beginning at 4 followed by Varsity.