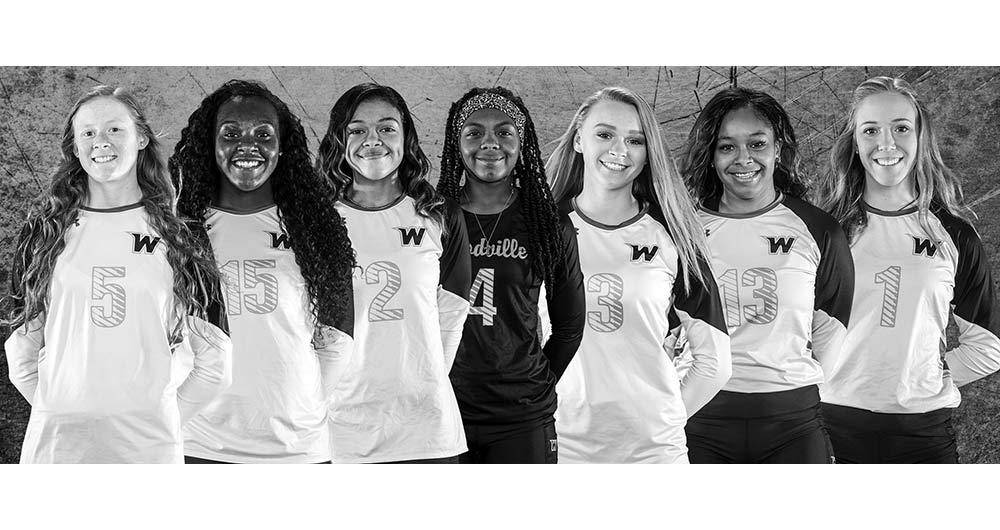 WOODVILLE—The Lady Eagles will report for two-a-days this Thursday. Players arriving on campus this week will be met with high expectations from fifth year head coach Kaila Foster.

Woodville returns this year in District 21-3A with the regular playoff contenders like Central Heights and Diboll. “Central Heights always brings their A-game when they play against us,” said Foster. “Diboll has an abundance of talent returning much like we do. We split games with the Lady Jacks last year and they will give us a run for our money. We will have to make sure we play mistake free and with high intensity against both of those teams.” The other thing Foster noted is how well the rest of the district opponents rose to the occasion when playing the Lady Eagles. “They all seem to play their best games against us for some reason. We will have to bring our very best every game this year,” she said.

With a district title being the first of many goals this year, Woodville looks to make their mark with an abundance of returning players. In preparing to achieve that goal Foster noted that she is changing a few things going into this season. “We are going to be doing some more individual type stuff this year in training, so I can develop each player’s skills,” she said. “Another difference this year is that our offense will operate a little bit faster than it has in the past. That will give opposing defenses less time to prepare for what is coming at them.” Foster also mentioned that this year’s team will focus on keen defense and incorporate the improved defense into a direct relationship with the higher tempo offense that Foster is implementing. “The goal here is to immediately be able to transition into an offensive play off of any dig,” she explained.

“I have seven high-quality varsity players coming back this year and my expectations are very high considering the characteristics of returners I am getting back. At any given point of the season, any of those seven were in a starting role. There is a ton of varsity experience in those players and that should be very favorable for us going into this year. All seven will play pivotal roles for our team.” Foster then began singling out some of the players and what their roles would likely be. “Emily Mixon will be a power hitter from the outside. She has been putting in a ton of work and it shows. Mixon is absolutely smashing the ball right now. Jordyn Beaty will be a force to be reckoned with in the middle. Jayda Argumon returns as the district MVP from a year ago and will reprise her role as libero for us. She looks to be just as fast and just as good as she was last year. Shannon Whitehead will return as setter, the difference between this year and last is that she looks to be the sole setter for the team this go around. Dana Carlton has a year under her belt working in the middle and will be even better for us this year. Baylee Cooley will be stepping into more of a hitter’s role this year for us and will give us some added depth in that regard. Kayla Merchant will return opposite of Mixon and will also work in a hitter’s role from the outside.” Foster’s attention isn’t only on her varsity players. “I have several JV players returning this year. I am positive that I will have good numbers for both the varsity and JV teams.”

With two-a-days fast approaching, Foster gave insight on what the players can expect. “They can expect to be worked and worked hard,” Foster said. “We will be getting in shape physically with weights and cardio. Then we will have high intensity practices to prepare them for game situations.” Foster says it won’t be much a of a shock to the players. After being here for five years and establishing her program the older players know what she brings to the table and this past year she worked with the middle school players and have established some relationships and given those players a glimpse of what to expect in high school practices.

Foster believes that a handful of her Lady Eagles are in a great position to garner individual accolades this season. Foster thinks that pound for pound, player for player that her Lady Eagles can match up individually with any other players they’ll face this season. The trick for Foster will be getting all of those components that each player brings to the table working as a unified, self-sacrificing, ball-smashing machine. Without any ego or hesitation, Foster stated, “We have the talent to be at this year’s regional tournament and making a serious run at the state tournament title. That’s exciting to me as a coach and the only thing standing in our way are things that are out of our control.” Foster says she and her players will be focusing on what they can control: attitude, preparation and effort, and the rest will fall into place.