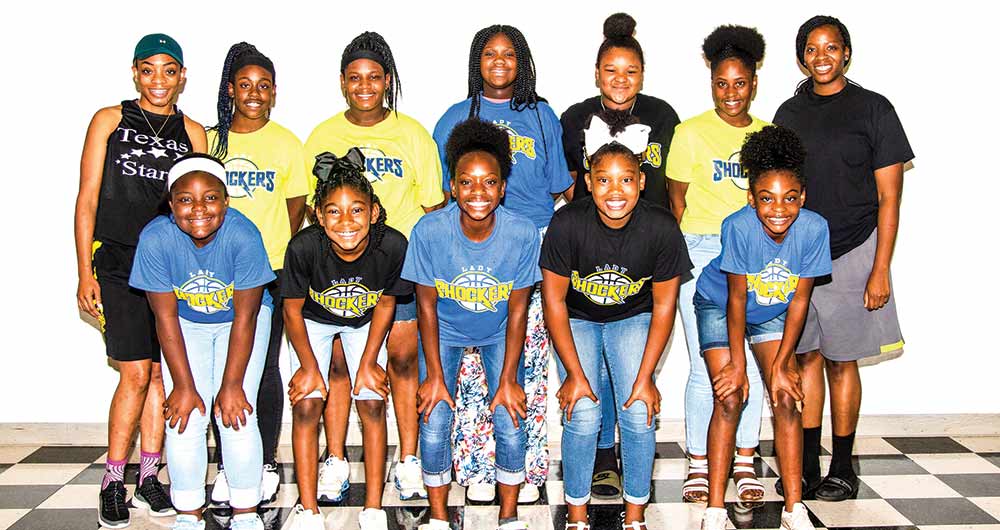 WOODVILLE—The Lady Shockers sixth and seventh grade team hosted a summer tournament this last weekend at the Summit to support their efforts to attend Nationals in Fresno (near Dallas) on July 24-28.

It was a great turnout as fourteen teams from the area including Houston, Livingston, Woodville, Newton, Kirbyville, Jasper all converged together to compete and support the Lady Shockers basketball summer league team.

This summer league team was put together approximately five months ago and they have been competing regularly in tournaments primarily in Houston put on by Prime Time but have also played in tournaments in Beaumont where they have notched one of their signature wins over the number one ranked AAU Texas Storm team.

“There has been so much progress in these players over the last few months,” Brooke Taylor, one of the team’s coaches, said.

“We are playing teams that recruit players from all over a wide region and we are basically a Woodville team with the exception of one player from Silsbee, and we are competing with these large city teams and giving them a real run for their money and that just speaks to the talent we have here in our local community.”

According to Taylor, this team has picked up a handful of second and third place finishes over the past few months.

“We want to build this team for the future with playing time, chemistry and comradery,” Taylor said. “We are young. We are a team of fifth and sixth graders playing in a sixth grade through seventh grade age group. It makes the competition a little tougher, but we are reaping the benefits by getting better as a team.” When not playing in tournaments, Taylor noted that you’ll still see these girls together whether it be a church or just hanging around at each other’s houses. “Chemistry is key, and these girls are a big family and we try our best to capitalize on that close-knit relationships that we have with one another.”