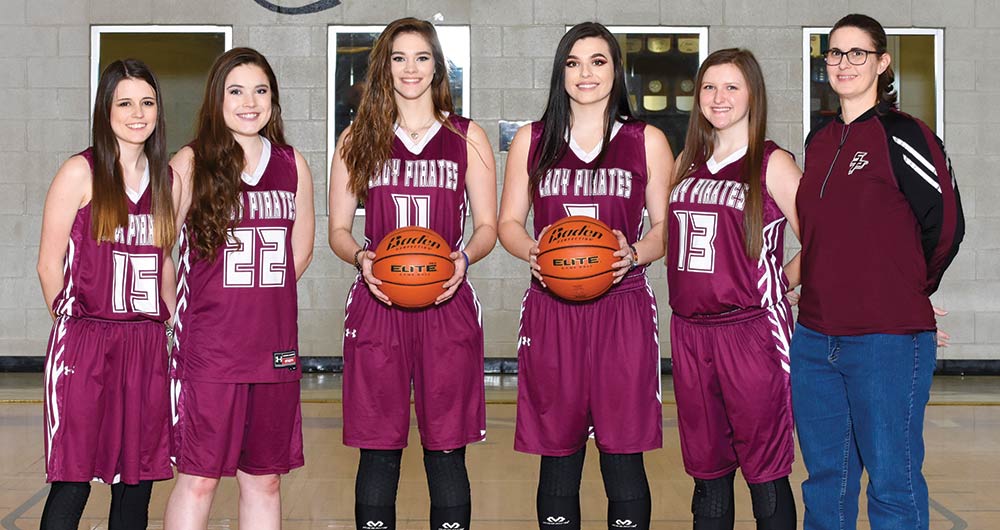 SPURGER – The courts and fields are quiet for the moment at Spurger ISD, as summer brings a much-needed break for students, athletes and coaches alike.

One such person deserving of time to catch their breath is Spurger’s own Coach Kristi Henderson. The district welcomed Henderson to its teaching and coaching staff last fall. She coaches the Lady Pirate Varsity Basketball team and in her first year led them to the Regional Quarterfinals. She also teaches Biology and Anatomy and Physiology. Henderson has made a positive impact on the district from the moment she came aboard.

Henderson graduated from Buna High School and then went on to East Texas Baptist University where she played basketball her first semester. She was their mascot for six semesters, which would explain her occasional appearance as Petey the Pirate last season. There are not many head coaches who would perform as mascot before an assembly, but this is one of the many reasons the faculty and students respect and adore her.

After graduating ETBU, she spent two years in the United States Peace Corps, serving as a biology teacher in Malawi, Africa.

Henderson could not hide her excitement when asked about working at Spurger. Henderson said, “I absolutely love being a Spurger Pirate.

Returning home to Buna to be near my family and becoming part of the Spurger family has been one of my best decisions. There is a Cross Canadian Ragweed song called, “Sick and Tired”, that describes how I feel about coming to Spurger. The lyrics at the end of the song state,

“Everything around you feels brand new. Every day you’re just a little bit stronger, now that you’ve spread your wings and flown, back to home.”
She added, “I am extremely happy Spurger is my school home. I am excited about the future for Spurger ISD and all the possibilities it holds.”
Spurger is eager to welcome Henderson back to begin her second year as a member of the Pirate family. The classroom, athletic program, and our lives are all “a little bit stronger” because of her.