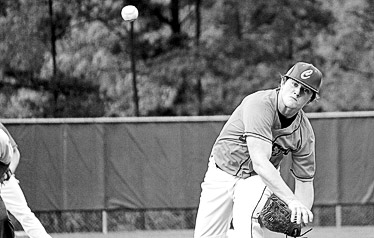 Last week the Jackets had a tough time, with both the baseball and softball teams falling to the Zavalla Eagles and the Colmesneil Bulldogs. On Tuesday, March 13, both teams were scheduled to play the Eagles at home, but due to Chester's softball field not being in adequate playing condition the girls game was moved to the Zavalla field. The final score for that game was 12-2. The baseball game stayed true to the schedule and was played at 5 p.m. in Chester. They also fell to the Eagles ending the game in the fifth inning with a final score of 27-7. On Friday, March 16, both teams travelled to Colmesneil for a rivalry match up. The softball game began at 5 p.m. and ended in the fifth inning with a final score of 11 -1. The baseball game began at 6 p.m. and was ended in the fifth inning, the final score being 16-0. Both teams are hoping for a better outcome in the games to come. Friday March 23, they will be travelling to Brookeland. The softball game will begin at 5 p.m., and the baseball game will begin at 6 p.m. Then on Tuesday, March 27, the baseball boys will travel to Chireno for a game that will also begin at 6 p.m.