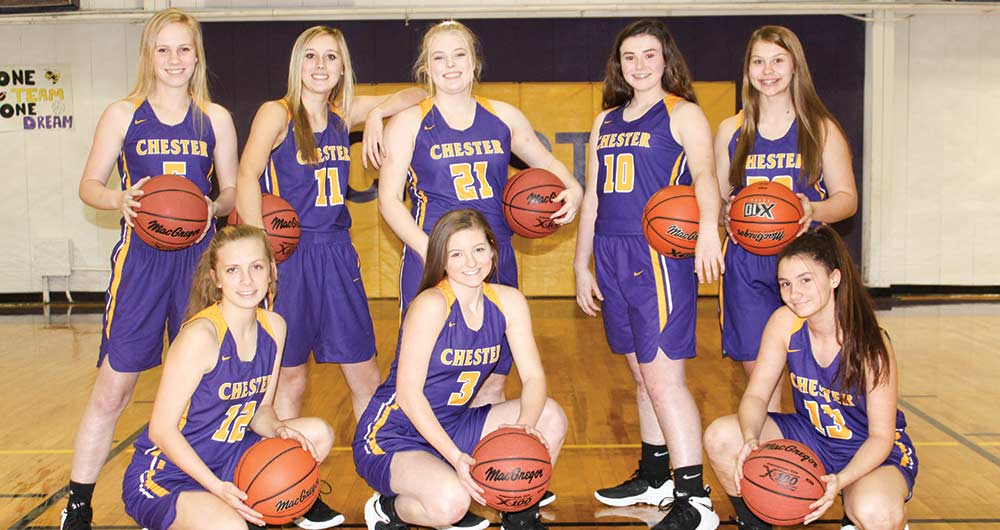 Lady Jacket Basketball – The Lady Jacket basketball team clenched a playoff spot last Friday night with a big win over the Burkeville Lady Mustangs. The Lady Jackets have not played in a basketball post-season game in several years, and Coach Cory Hines is thrilled for his team. Hines has coached the girls for two years and he is excited for the Lady Jackets to experience post-season play and the excitement that comes with it. Spurger has wrapped up first place in District 29 1A, and Chester and High Island are currently tied for second place with one game left to play. Details on playoff location and opponent will be provided to the Tyler County Booster to be included on their website. Up-to-date playoff information will also be on the Chester ISD website at www.chesterisd.com.

Chester hosted the Leggett Lady Pirates on Tuesday, Jan. 29. The game was much closer than the Lady Jackets liked, and the final score was 49-38. Jasmine Mitchell scored 16 points for the team, followed by Annie Rayburn, with 12 points. Both Taylor Handley and Ashlyn Overstreet scored eight points.

The Lady Jackets headed to Burkeville on Friday, Feb. 1 for an easy win over the Lady Mustangs. Chester easily defeated Burkeville by a score of 48-16. Rayburn was high point with 17 points. Handley and Mitchell both scored 8 points, Overstreet score 6 points, and Josey Sturrock and Trinity Jerkins both scored 4 points.

Yellowjacket Basketball – The Yellowjackets have a few games left for the 2018-19 season, and they have high hopes of finishing stong.

The Jackets faced state ranked Leggett on Tuesday, Jan. 29. The boys played a great first half, staying closer to the Pirates than they did the first round. The second half, Leggett pulled ahead, and the Jackets ended the game with a 29-83 loss.