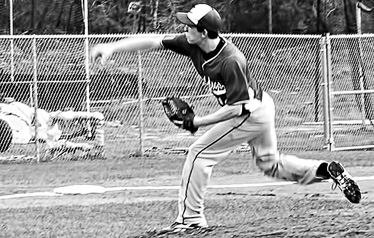 The Colmesneil Bulldogs squared off against Broaddus on Thursday, March 8. In their first district contest of the season, the Bulldogs were able to hang on to an early lead. Daniel Bruton's two-run homerun in the fifth inning essentially put the score out of reach for Broaddus, paving the way for the game's 10 to 3 final score. Senior Cullen Barker also played a huge part in the Bulldogs success, batting three for three with a double, triple, and three runs batted in. Freshman Chris Thedford also had a nice outing, going two for four with a triple and one run batted in. In the pitching department, Bryce Rains was a rock for the Bulldogs. Rains pitched seven innings with nine strikeouts, one walk, and only gave up three runs. As a team, the Bulldogs played arguably their best game of the season. Sophomore pitcher Cole Lowery is expected back next week from a groin injury, meaning the Bulldogs will have their full arsenal of pitchers all healthy just in time for the most important part of the season. Cullen Barker, Cole Lowery, Bryce Rains, and Matt Bailey give the Bulldogs a strong four man rotation. Colmesneil's next game will be at home on Friday, March 16, at 6 p.m. in a rivalry game against Chester.

All of the Lady Dogs' softball games were cancelled this week due to harsh weather conditions, but they are scheduled to play Chester at home on March 16, at 6 p.m.

The Varsity track meet was also cancelled due to the weather. Their next track meet is scheduled to be in Evadale on March 22.