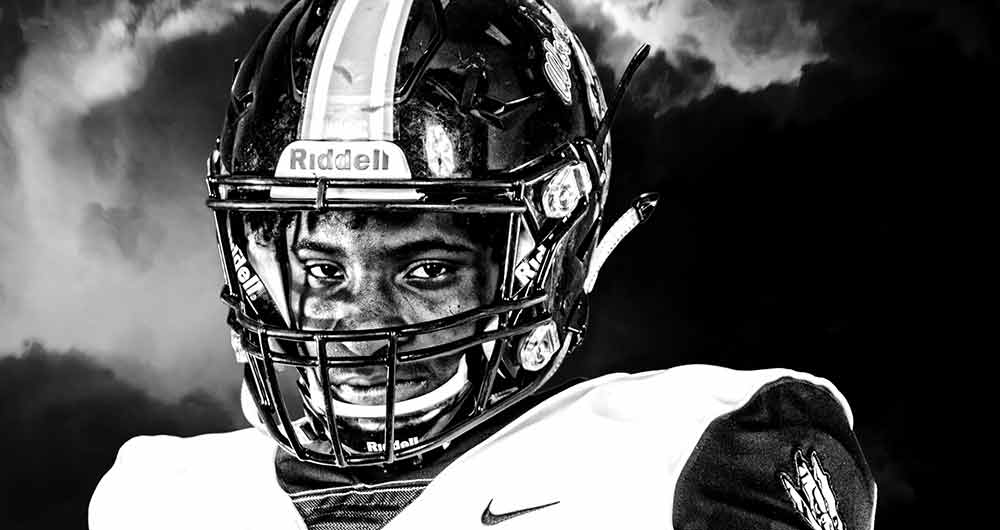 ANAHUAC—The Woodville Eagles traveled to Anahuac with sole possession of first place of DI District 12-3A and throttled the Panthers to the tune of 52-10.

The win keeps the Eagles perfect on the season and Woodville continues to control its own destiny as they head into the final stretch of the regular season.

It was touchdowns before first downs for the Eagles as DaMichael Brooks got the Eagles on the board first with a scoring run from 32 yards out on Woodville’s opening drive and the Eagles never looked back. Keon Chatham got the second score for Woodville on a 5-yard run following an 83-yard, clock-consuming drive that started at their own 17-yard line. It’s a formula that has been successful for Woodville over the past three years with head coach Ty Robinson at the helm.

Not much went right for the Panthers all night. Woodville followed up their second score by gaining possession of the ensuing kickoff from a short Tyler Greer kick. Brooks closed the drive with an 11-yard TD run and a Greer extra-point gave the Eagles a comfortable 21-0 lead in the first quarter. Anahuac answered back with a single-play, 47-yard run to narrow the lead to a 14-point gap with the score 21-7. The Eagles were not phased and rallied right back with another ground-and-pound drive that was capped by a Brooks 13-yard run for a touchdown to make the score 28-7 following Greer’s PAT.

Another gaffe in the Panther kicking game was Woodville recovering the Eagle kickoff which prevented an Anahuac offensive opportunity. The Eagle offense seized the Panther error by putting together a 36-yard scoring drive that was topped off by Reese Shaw taking a quarterback sneak in for another Woodville touchdown that gave the Eagles a 35-7 lead going into halftime.

Woodville amassed 427 total offensive yards against the Panthers and all of it came on the ground. Woodville spread the ball around over eight different ball carriers on the night that kept the Panthers guessing while keeping fresh legs in for the potent Eagle offense. DaMichael Brooks led all carriers on the night and tallied 16 carries for 200 yards averaging 12.5 yards per carry and three touchdowns. Zack Martin had 13 carries and added 79 yards and a score. JaQualin George had nine carries for 59 yards, Keon Chatham had eight carries for 30 yards and one touchdown and Jaylon Hyder had four carries for 42 yards and one touchdown for the Eagles.

Woodville will host Orangefield this week as the Bobcats who dropped down from 4-A last year will travel to Eagle Stadium to take on the Eagles this Friday at 7:30 p.m. Orangefield is coming off of a 22-20 loss to Hardin and will be looking to bounce back against Woodville. Eagle fans are encouraged to show up and show out for our hometown Woodville Eagles who are ranked tenth in state in DI Class 3A according to Dave Campbell’s Texas Football Magazine.