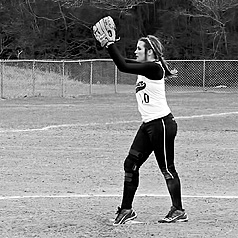 While the Spurger baseball and softball teams faced game cancelations due to heavy rains on Friday, the girls were still able to squeeze in a Tuesday game against High Island. Even though it is still early in the season, the entire softball team is already looking amazing and playing together as a team. By the third inning, Spurger had only allowed High Island score three runs, compared to the Pirates' 18. The score just continued to rise from there, and the Pirates walked away with a well-deserved win.

Although the baseball team was cancelled, that didn't stop them from playing in an AAU tournament on Saturday. Chance Shook, Chase Shook, Zack Fisher, Austyn McGallion, Dalton Cheek, Jordan McFarlen, Dylan Conner, Dylan Martin, Marlin Blankenship, Christian Kotara and Tyler Dozier are all the young men that play for Spurger's special AAU baseball team. The boys played Silsbee, but fell behind and could never close the score gap to get a win.

"Spurger AAU boys lost a tough game against Silsbee," said a fan that attended the game. "They are still really young and have worked hard to play on this team, and we expect great things from these boys in the future"

Spurger baseball and softball is expected to return to its regular schedule this week, weather permitting.

The baseball and softball teams will face Big Sandy on March 13 at home and Evadale on March 20 at Evadale. Spurger will also be competing in the Woodville Junior Varsity Tennis Tournament on March 16 in Woodville.