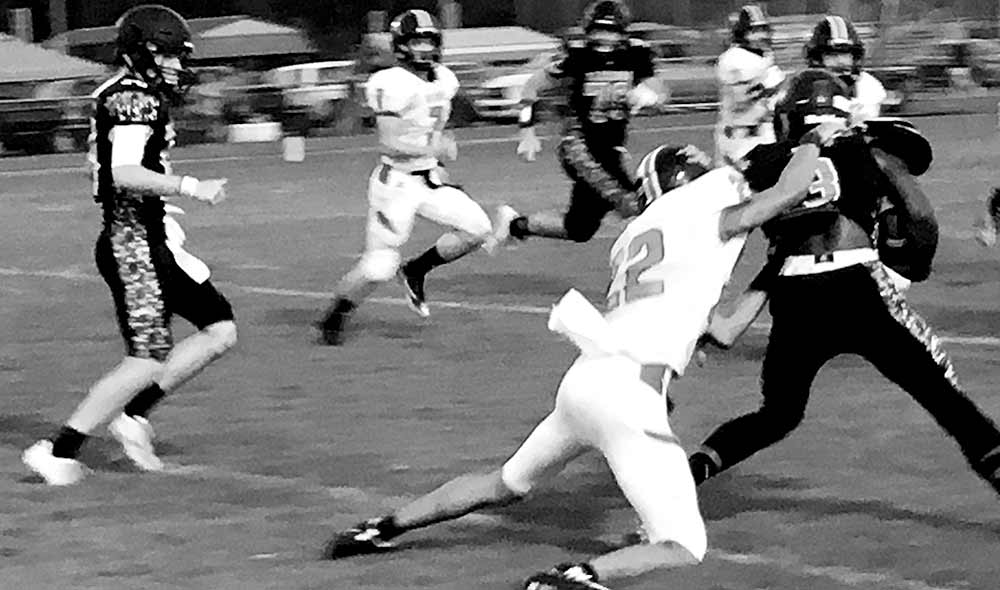 The Warriors started off slow in both contests, falling behind Huntington early before tying the score at 14 in the third quarter. However, Huntington scored 10 points in the fourth quarter to take the win.

Against Evadale, Warren went into halftime with a 14-0 deficit. The Warriors made the game close at 23-14 in the fourth quarter. Warren then had a drive stall out, and Evadale scored a late touchdown to make the final 30-14.

Warren head coach Jay Buckner talked about the Warriors first two games. Buckner said, “We could be 2-0 instead of 0-2 with a little luck.

One thing is we got off to a slow start in both games. The kids are showing fight though. We have only 21 players right now and they could have given up in both contests, but they got back into each game. We just have to start better.

“We got a lot better fundamentally from week one to week two,” Buckner added. “We made fewer mistakes in week two. We were without our quarterback, Brody Brockman, last week, but Bryce Herrington stepped in and did a good job. He had over 130 yards on the ground. I’m encouraged because we’re getting better and showing improvement.”

Buckner then turned his attention to their Friday night opponent West Hardin. Buckner said, “West Hardin is 1-1 and lost to Hull-Daisetta 34-0 last week. They certainly won’t be easy though. Physically we match up with them well. My job this week is to have them prepared from the start, so we don’t fall behind.”

The Warren high school and junior high cross-country teams went to the Jasper meet on Sept, 1, and the junior high team scored some impressive results. Only one high school runner was able to compete for Warren, but the junior high boys won the meet. Eli Carroll placed first for the Warriors at the event, with Finley Yoakum placing second, Jonathan Lee third, Bryce Byrd fifth and Bryce Lechman sixth.

On the girls’ side, Abby Carroll won first place. After the meet, Warren coach Renate Sloan said, “Our varsity was a little shorthanded at Jasper. It was a bit of a slow start, but we’ll improve. Our junior high team did awesome though.”

The team also competed at the Newton meet on Sept. 8. For the girls’ varsity Melody Sanford took first. For the junior high, Abby Carroll won

The Lady Warrior volleyball team lost both of their matches last week after defeating Colmesneil on Friday Aug. 31. In that match Warrior won in straight sets 25-17, 25-18, 27-25.

Warren lost at Shepherd on Sept. 4 and then followed that up with an away loss at Orangefield in their district opener 25-9, 26-24, 25-12.
District play continues this week for the Lady Warriors with an away match at Kountze on Sept. 11 and an away tilt with Kirbyville on Sept. 14.