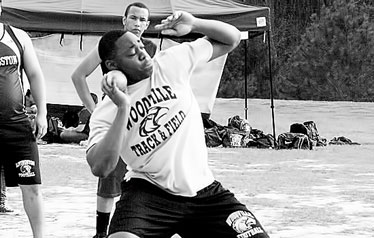 The Woodville Varsity Baseball team won two games this week. Game 1 on Monday, March 5 was a road contest against the Coldspring Trojans. The game was an 11 inning battle in which the Eagles came out on top, 10-6. Chase Hensarling got the win, pitching scoreless tenth and eleventh innings. It was a team effort at the plate as all of the Eagles contributed to the win.

Woodville was also slated to play in the Hardin tournament and played one game on Thursday, March 8 against the Shepherd Pirates. The Eagles came out on top in a close 4-2 decision that revolved around great pitching from both teams. Torin Hickman pitched a complete game, striking out 14. At the plate, Grant Bullock, Quade Allison, Charles Fentress, and Marqui Jackson all had hits in the win.

The rest of the tournament was cancelled due to rain over the weekend. The Eagles are now 6-2-1 heading into district play this week as they will take on Newton on Tuesday, March 13 at 6 p.m. and on the road against Corrigan-Camden on Friday, March 16 at 7 p.m. On Tuesday, March 20 they will return home to take on Central Heights starting at 7 p.m.

Woodville High School is hosting a J.V./9th grade invitational tennis tournament this Friday, March 16. It is a small tournament involving mainly Tyler County schools. Come out and support your Eagles!