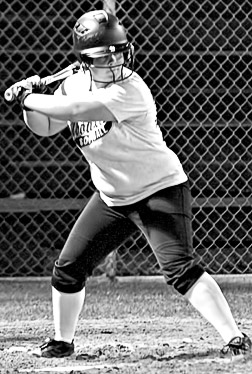 On Monday, February 20 the Woodville Varsity baseball team defeated the Diboll Lumberjacks at Hennigan Park by a score of 2-1. Trent Daniels got the win, pitching all seven innings. Grant Bullock, Torin Hickman, Trent Daniels, Shane Gray, and Beau Burleson all made hits during the game. The Eagle defense played an error-free baseball game.

On Saturday, February 25 the Woodville Varsity baseball team won a pair of games against the Deweyville Pirates. In game one, Woodville won 7-0 in another complete game victory by Torin Hickman. Hits came from Grant Bullock, Trent Daniels, and Torin Hickman.

Game two of the day was also an Eagles win with a score of 8-2 with Chase Hensarling getting the win on the mound, assisted by Charles Fentress. Hitters for Woodville in game two were Beau Burleson, Trent Daniels, Colby Dungan, Torin Hickman, and Chase Hensarling.

During the weekend of March 1-3, the Eagles will host the Woodville Baseball Classic sponsored by the Woodville Volunteer Fire Department. Games begin at 10 a.m. each day with Woodville playing their first game Thursday at 7:30 p.m. Everyone, come out to cheer on the local team.

The Eagles played tennis, not only against their opponents, but also against gusty winds and cool temperatures. At the tournament were some very tough opponents from 3A, 4A and 5A schools. Warren and Woodville were the only 2A schools in the tournament. After everything was said and done, the Woodville Eagles used their rackets as their weapons and came away with both wins and losses.

Sean O'Neal once again played tough in the boys' singles division beating A. Fracosstoro from LCM in the first round with a score of 6-2, 6-2. He faced the #1 seeded player in the singles division, Paul Rios from P.N.G and again, O'Neal was able to take advantage of his tennis arsenal, coming out victorious with a score of 6-2, 6-2, advancing O'Neal to the semifinal round. Here he met Jacob Rowe from Kirbyville where Sean could not put his shots together and lost by a score of 6-0, 6-2.

Austin Coker and B.J. Hutto were the #2 seeded players in the boys' doubles division, drawing a bye in the first round. In the second round, they faced the powerful #1 team from Port Arthur Memorial High School. After several hard exchanges of forehands and backhands, Coker and Hutto came out on top with a 8-5 win. This match put Coker & Hutto in the semifinals where they fought hard against a very tough Bridge City High School duo but fell short with scores of 4-6, 3-6.

The other Woodville boys' doubles team of Adrian Baeza and Justin Releford faced hard opponents from West Orange Stark and lost by scores of 2-6, 2-6.

Destiny Hadnot and Hannah Williams represented the Eagles in the girls' singles. Hadnot lost to Erin Tutt from LCM 2-8 while Williams also lost to Memorial's Jelissa Bob with the same results: 2-8.

The girls' doubles team of Jenny Grissom and Kristen Swafford played against Buna's # 1 doubles team of Meagan Gilschrist and Casey Myers. The Lady Eagles easily won with a score of 8-2. The quarter finals were much tougher since there they met the tournament's # 1 seeded players, Katelyn Alexander and Kolbie Kruft from Silsbee. The Lady Eagles went back and forth for a while, staying up with the Silsbee duo but, in the end, Silsbee came out on top with a score of 8-4.

In preparation for the District 22-2A Tournament to be played here in Woodville during our upcoming Spring Break, the Eagles tennis teams (Varsity and Junior Varsity) will play this coming Friday in the Ozen High School Invitational Tournament in Beaumont. The Eagles are anticipating another good showing in this tournament.