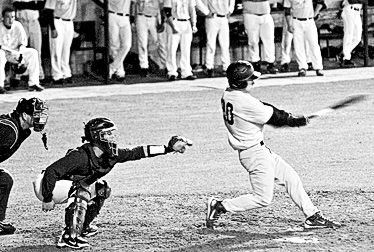 The Woodville eighth grade boys' basketball team lost to Central Heights 59-21 in their last away game of the year on Thursday, February 9.  According to Coach Jason Drake, the kids fought hard and never gave up.  "They came a long way this year.  I am really proud of them," he said.  Though the Eagles did not win, the season ended on a high point as Delante' Barclay hit a Buzzer Beater Basket as time expired.

The Woodville seventh grade boys basketball team also traveled Central Heights on February 9, but they came back to win 33-30, after being down 12-17 at the half. This left these Eagles with an undefeated season and the district championship. Congratulations, Eagles!

The eighth grade Lady Eagles ended up with a season record of 12-3 and a district record of 8-2, with the two district losses coming from Central Heights. This gave the Eagles sole possession of second place in the District behind Central Heights in first place. Congratulations, Lady Eagles!

The Woodville Tennis Team went to Beaumont on Friday, February 10 to play in the Lamar University Invitational Tennis Tournament.  Unfortunately, the weather did not cooperate, and the tournament was rained out.  This is the second consecutive tournament this year that has been rained out. The tennis team will travel to Lufkin next for tennis play on Friday, February 24.

The Woodville Eagles Track Season will begin soon with its first meet scheduled for Monday, February 27 in Newton.

This email address is being protected from spambots. You need JavaScript enabled to view it.