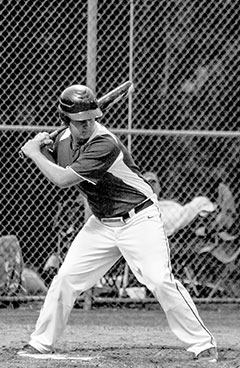 Varsity Baseball
This past week the Bulldogs started their district slate by taking on Burkeville and Chester. Colmesneil wasted no time in either game letting everyone know that the road to the district championship goes through the Bulldogs and they have no plans of relinquishing the title.

On Tuesday, the Bulldogs took on the Mustangs from Burkeville in the district opener for both teams. There was no doubt in who was in control of this game from the first pitch as the Bulldogs jumped all over Burkeville for a 21-2 victory. Kaleb Lindsey took the mound for Colmesneil and pitched four strong innings. He only gave up three hits while fanning six to pick up the win. Offensively, Cody Walsh led the attack going 3-3 and knocking in three runs. He also drew two walks.

In Friday's game, Colmesneil hosted rival Chester. Again, Colmesneil took control quick and did not let Chester get any offense going as they blanked the Yellow Jackets 16-0 to improve to 2-0 in district play. Matt Bailey took the mound for the Bulldogs in this match-up and pitched a complete game no-hitter to pick up the win. This was Bailey's first no-hitter of the season and the second for Colmesneil this year. Bailey fanned 11 Yellow Jacket hitters on the night. The offensive highlight was Mason Williams hitting a grand slam off the state championship billboard in left field for his first career high school homerun.
Also, over the last two weeks the Bulldogs have received some notable individual accolades. Cole Lowery was named the Diamond Pro Pitcher of the Week for 1A two weeks ago and last week Zach Bryan was named the D-Bat Hitter of the Week for 1A. These awards are given to the top hitter and pitcher for the entire state of Texas each week in their respective classification. So, these are very impressive awards that Lowery and Bryan have received.

Junior Varsity Baseball
Colmesneil took on West Sabine on Monday and dropped a close one 12-10. On Saturday, they played a doubleheader against the JV from Diboll. The Bulldogs played well, but came up short against a tough Diboll squad.