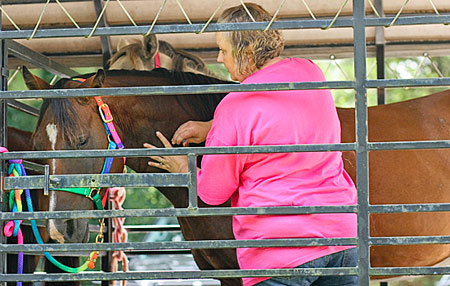 According to reports from local veterinarians and horse owners, there has been a case of West Nile virus recently detected in Tyler County. Earlier this month Fain and Smathers Veterinary Clinic diagnosed a horse in the immediate Dam-B area with the West Nile Virus.

Studies show that West Nile Virus was first discovered in the United States in 1999 in New York. Since then, it has spread further south and now is located throughout Texas. West Nile is believed to be spread by mosquitoes that bite an infected bird, and then bite a human, dog, cat, bird, squirrel, horse or other animal.

Mosquitoes carry high amounts of the virus in the early fall, and now that Texas has already seen an outbreak in the middle of the summer it is imperative that all horse owners vaccinate their animals before the fall season.

Humans will experience flue likes symptoms with the disease, and others will not even know they are infected. But, the disease can be deadly in rare cases.

The disease is most dangerous in horses, and will attack equine nervous systems. The virus will also cause the horses brain to swell, which in turn makes the horse stagger and loose strength. They may become disoriented.

The horse in Dam-B exhibited these symptoms and was carried to the vet and the West Nile diagnosis was confirmed. The horse survived after treatment and was returned to the owner. Most horses aren't so lucky, and many horses pass away from the virus each year.

Freeman also advised that Tyler County citizens avoid exposure to mosquitoes and to wear plenty of repellent and long sleeves when going outdoors.

Everyone should be aware that the virus is around and that precautions should be taken. This is the first outbreak of the virus in Tyler County in recent history, and could become worse in the fall.

Dr. McCluskey of Woodville Veterinary Clinic offers West Nile Vaccines to horse owners that haven't gotten their animals yearly vaccines updated. The West Nile vaccine is only good for one calendar year and should be updated so it will remain effective.