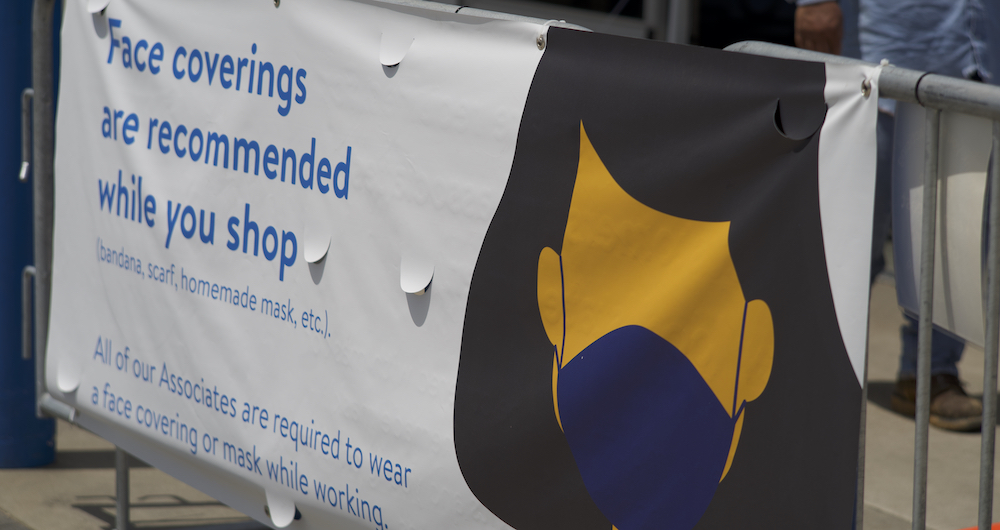 Abbott’s new executive order requires all Texans to wear a face covering over the nose and mouth in public spaces within counties that have 20 or more active, positive COVID-19 cases.

Abbott also addressed public gatherings last week. According to a news release from the governor’s office, he issued a proclamation which gives mayors and county judges the ability to impose restrictions on some outdoor gatherings of 10 or more people.

The proclamation makes it mandatory that, with certain exceptions, individuals cannot congregate in groups larger than 10, and must maintain the recommended six feet of social distancing from one another, per the Centers for Disease Control guidelines.

Tyler County is not, at press time, affected by the face covering mandate. According to the county’s Office of Emergency Management, there are 13 active COVID-19 cases in the county. Since reporting began, there have been 36 positive test results and 23 recovered cases.

When news of the mandate broke last week, Emergency Management Coordinator Ken Jobe issued a statement through Facebook encouraging residents to voluntarily wear masks, because doing so could be what prevents Tyler County from losing its exemption to the mandate.

“By wearing a mask, we reduce the possibility of our fellow residents becoming sick. This should be our main goal,” Jobe said.

Abbott’s latest actions relating to COVID-19 are not settling well with all lawmakers and citizens. State Rep. James White (R-Hillister) issued a statement during the weekend opposing the mandate.

“I understand why the Governor issued this order. I wear a mask in public,” said White, who added that he opposes the measure due to the nature of the virus as well as the character of Texans.

“I believe that our elected leaders, including myself, should do more to win the hearts and minds of our fellow Texans through information, persuasion and setting the example,” he said.

When the news release from Abbott’s office was published to the Booster’s Facebook page on Thursday, many who replied to the post expressed displeasure with the governor’s mandate, with many citing it to be an affront to civil liberties. One poster referred to the mandate as “absolutely ridiculous.”

In his comments to media on Thursday, Abbott cited the use of face coverings as “one of the most effective ways we have to slow the spread” of the virus and added that the mandate is a trade-off to keep businesses open statewide and moving the economy forward.

“If Texans commit to wearing face coverings in public spaces and follow the best health and safety practices, we can both slow the spread of COVID-19 and keep Texas open for business,” Abbott said.