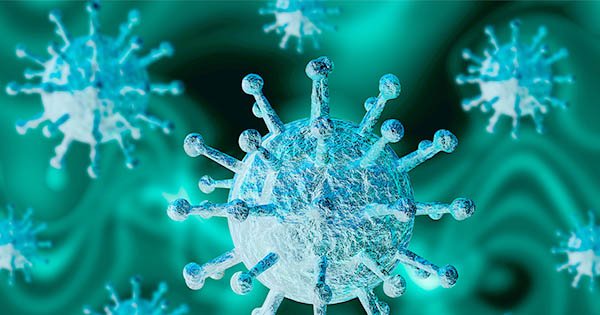 WOODVILLE – Confirmation of the county’s first case of the novel coronavirus (COVID-19) came two days after a countywide stay-at-home order was issued.
On Monday morning, the county’s office of emergency management confirmed that a positive test result was received on a 61-year-old Hillister woman. Tyler County Judge Jacques Blanchette said the woman was exhibiting symptoms last week and went to a local clinic to be tested. He said she is now quarantined in her Hillister home as she recovers.

As of Friday, the county’s Emergency Management Coordinator Ken Jobe said there have been tests administered on county residents that are still pending. Within the region, our neighbors Jasper, Polk and Angelina counties both had confirmed cases as of noon on Monday.
On Friday, Tyler County became one of six counties in the southeast Texas area to issue a stay-at-home order a response to the ongoing crisis. It went into effect on Saturday night at 11:59 p.m.

Although businesses and institutions deemed “essential,” according to the order are allowed to remain open, the recommended social distancing practices are to be observed, and continues the moratorium on gatherings of more than 10 people. The practices are modeled after recommended protocol from President Donald Trump and Governor Greg Abbott.

Blanchette was part of a press conference on Friday afternoon to discuss and announce the order. County judges from the five other counties adopting the orders also spoke, although much of the emphasis on information at the conference was on the Golden Triangle area, where there have been more reported cases, and at least one fatality as of press time.

There are 13 reported cases of the virus in the Golden Triangle region, including eight in Beaumont, two in Silsbee, two in Lumberton and one in Orange. Last Thursday, 54-year-old Michael Westbrook, who served as the band director for Hardin-Jefferson ISD, died from complications of the virus.

In a cover letter that was sent out with the order, Blanchette stated that he takes no pleasure in placing such a restrictive order into effect, but his duty of protecting the citizens of the county is paramount “when there is a clear and present danger to their health or well-being.”
The order also provides fines and/or jail time for violators of up to $1,000 and/or 180 days in jail for violating it.

The cover letter concludes with “As soon as it is safe, by my decision, this order will be lifted. I will do so when the threat of harm or danger or loss of life has passed…[t]ogether we will get through this.”

As of this writing, the statewide statistics on the virus stand at 2,877 reported cases and 38 deaths, according to the Texas Department of State Health Services. The figures represent 124 counties reporting.

Nationally, the numbers were 140,904 confirmed cases and 2,405 deaths attributed to the virus. These numbers from the Centers for Disease Control are gathered from the 50 United States reporting as well as the District of Columbia, Puerto Rico, Guam, Northern Marianas and the US Virgin Islands.

Over the weekend, the arts and entertainment world mourned the loss of legendary country singer/songwriter Joe Diffie to COVID-19 complications at age 61. On the same day that news of Diffie’s death became public, fellow country music legend John Prine was reported as being in critical condition from the virus.

Some news agencies are reporting worldwide recovery rates from the virus to be in excess of 200,000 people, but those figures cannot be verified at present by any health monitoring organization.

According to data gathered from the World Health Organization, the median time from onset to clinical recovery for mild cases of the virus is approximately two weeks and three to six weeks for patients with severe or critical cases.

An article published online by the Harvard School of Medicine stated that estimates showed 99% of people infected with the virus will recover, however the death rate overall, which is about 1%, is still higher than that of the average seasonal flu (0.1%.)

During the weekend, President Trump announced that he would extend the national social distancing guidelines for an extra 30 days, to April 30. Originally, the 15-day guidelines the President announced two weeks ago, would have expired on Monday.

The Booster’s coverage of the coronavirus concerns continues to develop. For the latest, follow our Facebook page and for a complete PDF copy of the order from Judge Blanchette, visit our website at www.tylercountybooster.com.