SPURGER – A man is in jail facing a first-degree murder charge and his grandfather dead from a stabbing following an incident in Spurger yesterday. 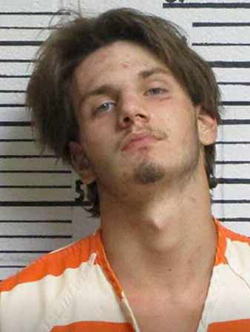 On Saturday, August 17, at approximately 8 p.m., Deputies with the Tyler County Sheriff's Office responded to a residence in the Spurger area in reference to stabbing. Deputies were advised the victim, identified by the caller as Ernest Sims, was being transported to the hospital by personal vehicle. The caller advised it was unknown if the actor, Robert Sims, age 19 of Spurger, the victim’s grandson, was still on scene.

Deputies arrived and secured the scene, locating Robert Sims at a nearby residence. Sims was detained pending the investigation and appeared to deputies to be under the influence of alcohol.

Ernest Sims suffered multiple stab wounds to his upper torso and neck and was in critical condition upon arrival at the hospital where he succumbed to his injuries.­

Robert Sims was placed under arrest and charged with First Degree Murder. He is currently in the Tyler County Jail with a bond set at $200,000 by Precinct 4 Justice of the Peace Jim Moore.