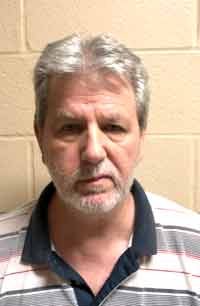 COLMESNEIL – A Colmesneil resident was arrested last Tuesday on two counts of possession of child pornography.

Sean Nicholas Berridge, 61, was taken into custody after a raid was executed on his residence under the direction of the Child Exploitation Unit (CEU), which is overseen by the office of Attorney General Ken Paxton. Paxton’s office announced Berridge’s arrest last Wednesday.

“The National Center for Missing and Exploited Children (NCMEC) referred the case to the CEU after receiving a CyberTipline report accusing Berridge of uploaded child pornography to an online account,” a news release from Paxton’s office stated.

After obtaining and executing a search warrant of Berridge’s home, investigators found images of child pornography on his cell phone, and seized numerous digital storage devices, which will be examined by the AG’s Digital Forensics Unit.

According to the news release, Berridge admitted to downloading, viewing and saving digital files of child pornography when he was interviewed by investigators.

Berridge is being held in the Tyler County Jail on the two counts, both third-degree felonies. In Texas, the penalties for a third-degree felony include two to 10 years in prison and a maximum $10,000 fine if convicted. Under state law, anyone found guilty of possession or promotion of child pornography is required to register as a sex offender for life.

Paxton’s office, according to the release, “works to protect children by using the latest technology to track down some of the most profoundly evil predators online.”

The CEU has made 332 arrests since its inception and obtained nearly 600 convictions for possession of child pornography.

Paxton urged all parents and teachers to become aware of the risks children face online, and to take steps to help ensure their safety. If you suspect someone is producing or downloading child pornography, report it to the NCMEC.