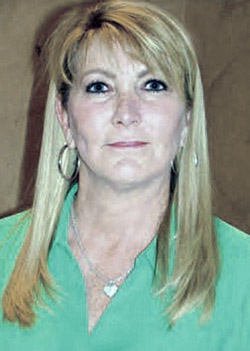 Lou Ann CloyWOODVILLE – A jury trial was scheduled to remove Tyler County District Attorney Lou Ann Cloy from office following a petition made by a citizen.

The petition filed by Andrea Hope Sullivan cites incompetency and official misconduct as reasons for removal from office. The petition also motioned to suspend Cloy and appoint a temporary replacement until the new DA, Lucas Babin, is sworn-in Jan. 1.

Following May 25 hearing, Cloy was effectively suspended from her position and Anne Pickle, who has served as Assistant DA, was appointed.

The trial was set for Aug. 20 at a hearing which took place on Thursday, June 7. K. Michael Mayes of Montgomery County was assigned as judge and Cary Kirby was named special prosecutor.

Kirby, the elected County Attorney for Angelina County, said that a jury trial is statutorily required before the permanent removal of a public official.

Within the plaintiff's petition are several exhibits that allege Cloy to be largely absent from office during her tenure as DA. Cloy was elected to the office in 2014.

Her last known whereabouts, according to the petition, is the Sovereign Health Mental Health Treatment Center in Palm Desert, Calif. Cloy was not present for the hearing and according to Paula Gibbs with the DA's office, has not been heard from since Friday, June 1.

"Lou would normally call every day or couple of days to speak to her son," Gibbs said.

Gibbs said aside from contacting Cloy about her pending legal obligations, there is a concern for her well-being.

In order to locate Cloy to serve her and to address concerns her family, friends and colleagues have for her safety, Mayes asked Tyler County Sheriff Bryan Weatherford to assist. Weatherford agreed to assign an investigator.

Additionally, Mayes said he would appoint Silsbee attorney Russell Wright to assist in the matter.

Although initial efforts to serve Cloy in person were unsuccessful, she is "now being served pursuant to an Order for Substituted Service issued under Rule 106 of the Texas Rules of Civil Procedure," Kirby said.

"Once service in accordance with this order is successfully completed by the Sheriff, Ms. Cloy will have a certain amount of time to appear in the case and file an answer to the removal petition," Kirby said.

Kirby also said that the trial will be required for her removal from office, whether she chooses to appear and answer the petition or not.
Mayes cited some pending judicial obligations as reason for the August trial date but referred to the issue as "an important matter to resolve as soon as possible."

Mayes, who recently retired as judge of the 410th Texas District Court, is called upon to adjudicate special cases. District Judges Delinda Gibbs-Walker and Earl Stover III, of the 1st and 88th District Courts, respectively, recused themselves.

Tyler County Judge Jacques Blanchette sent a letter to Cloy on July 1, 2016, requesting her to step down from her position due to her lack of attendance and participation in her duties. The letter, which was included in the pleadings, references Cloy's talent and capabilities but alleges that her actions "are thwarting the daily needs" of constituents.

According to the text of the petition, Cloy responded to Blanchette's letter and began attending hearings and coming to her office for a short period of time. From Jan. 1, 2017 until present, she has failed to attend any court dates, hearings, trials or Grand Jury dates.

Cloy currently receives a stipend from the county as well as pay from the state comptroller's office. Blanchette asked if the county has any recovery options from having to pay Pickle's salary out of its contingency fund while it still has Cloy's stipend as a budget line item.
Mayes said that he is strictly dealing with the judicial aspect of the case and not administrative tasks. He advised Blanchette to seek additional legal counsel to assist with the matter.

Aside from the duties of her office, Cloy's mental health has deteriorated since her 2014 election to the point that she can no longer care for her child, according to the petition. Among the exhibits is a petition to modify parent-child relationship with a temporary restraining order, filed last March by her mother.

In the petition for conservatorship, it states that Cloy has been diagnosed as bipolar. Her mother says in a supporting affidavit that Cloy's child is afraid of its mother.

The plaintiff's declaration states "there is no justice in Tyler County". The petition mentions that several individuals have been incarcerated during Cloy's term in office, awaiting trial. Conversely, some crime victims have requested that charges be dismissed.

Mayes asked Pickle about the state of the office at present. Pickle said that she is making progress and "doing fine" in clearing some of the backlogged cases.