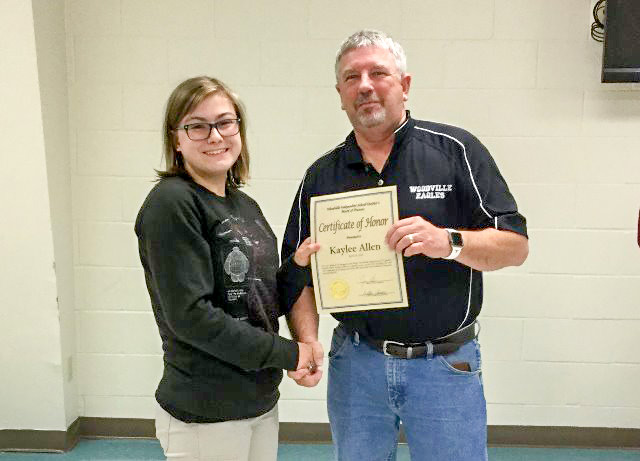 Woodville ISD honored several students who have earned state or national recognition in athletic and academic contests during their April 23 meeting.

Kaylee Allen earned a perfect score on the ACT reading test, and her composite score place her in the 98th percentile of all students taking the test across the United States.

In sports, Woodville is also sending a boys' doubles team to the state tournament and four students competed in the state powerlifting tournament.

Trustees approved a 3.5 percent salary increase for all district employees for the 2018-2019 fiscal year.

The increase for administrators will be calculated based on the average daily rate for teachers.

The district will begin is main push to fill any vacancies for the coming year next week, since the deadline to renew contracts is Friday.