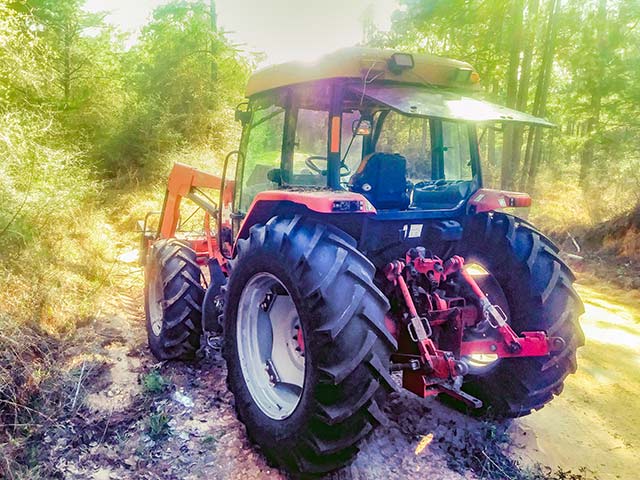 David Doyle of Louisiana admitted to investigators that he had stolen the tractor, and he later led them to an area off County Road 45465 near Spurger where the tractor was found.

The 90 horsepower McCormick Tractor was reported stolen in late 2017.

Doyle is being held at the Newton County Jail in lieu of bonds totaling $107,000 on burglary and theft charges in Jasper County, Tyler County, Beauregard Parish and Calcasieu Parish.

"I want to thank Newton County Sheriff Billy Rowles for helping us recover this stolen property," Weatherford said.
Weatherford also reported that he and Rowles will be attending a round-table discussion in early April which will be hosted by Sabine County Sheriff Tom Maddox and San Augustine Sheriff Robert Cartwright. The East Texas sheriffs will join their counterparts in Western Louisiana to share information on crime affecting the entire region.