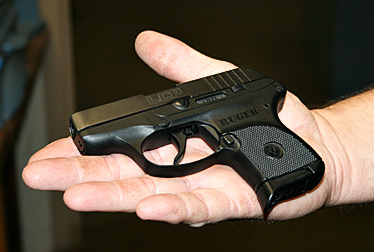 A Warren ISD Junior High student Monday, saying he was "tired of being bullied," allegedly pulled a loaded gun on a fellow student while they were in the lunch line. There were no injuries in the incident.

According to officers, the seventh grader was approached by another student who began giving him a hard time. He responded by pulling a loaded .25 automatic handgun from his pocket, threatened to shoot the other student, and then put the gun back into his pocket. The threatened student found two coaches and told them what had happened.

The coaches escorted the student with the gun to the office, where they asked him for the weapon and called the Sheriff's office. The young man was arrested for aggravated assault with a deadly weapon and was removed from the school. He is being held in Hardin County awaiting trial.

Warren Superintendent Lance Johnson released the following statement Tuesday: "The brave actions of the students and teachers involved helped prevent yesterday's incident from continuing. It is important for students to remember to notify an adult when they observe any action that appears suspicious, even if it seems inconspicuous at the time.

"In most schools, students are aware of potential problems before the teachers and staff, because of the relationships with their peers, and the absolute number of students vs. the number of adults on campus. It is equally important for parents to maintain open lines of communication with their children with regards to their school and their peers.

"Warren ISD would like to say "Thank You" to the students, staff, and sheriff's department for their quick response and effective resolution to this event. We are blessed that this event was concluded with no injuries. The safety and security of students and staff is a top priority in Warren ISD.Fortunately, no one was injured in the confrontation."