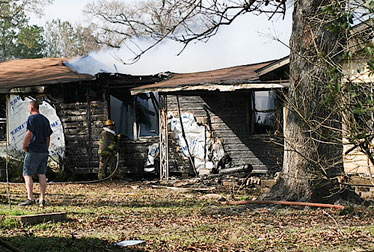 Spurger and Silsbee Volunteer Fire Departments responded to a large house fire just south of Fred on February 23. A large trailer-style house located a little less than 1/4 of a mile down CR 4905 was engulfed in flames as fire fighters arrived on the scene. The call came in from a neighbor around 3 p.m., and the fire had been contained by about 3:20 p.m. More than 50% of the home burned. The homeowner was at home at the time of the fire.

No cause has been determined for the fire, which remains under investigation.