According to Tyler County Assistant District Attorney Dan Hunt, Cameron Westfall, who is accused of taking part in the killing of Nathan and Krystal Maddox outside of a church, led Tyler County authorities to weapons used in the double murder. 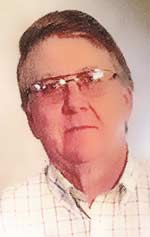 Paul WestfallHunt said that the weapons were recovered from a pond near the Westfalls' home by a dive team.
Cameron's father and mother, Paul and Letha Westfall, as well as his sister, Kristen Westfall, are charged with Engaging in Organized Criminal Activity – Capital Murder after the shooting of Nathan and Krystal Maddox at Mount Caramel Baptist Church in Colmesneil on January 18.

Nathan and Krystal Maddox were at the church at the time complying with supervised visitation with Nathan Maddox's child. There was a pending child custody case between the deceased Nathan Maddox and his ex-wife, Kristen Westfall Maddox.

The child in question has since been living in a foster care situation, and her biological grandfather, Jim Maddox, has been vying for custody of the child since the murders.

In addition to the weapons being recovered, Paul Westfall was deemed incompetent to stand trial following a psychological evaluation by a disinterested expert, Hunt said.

"A doctor submitted a report to the court, and the court found him incompetent to stand trial," Hunt said. "That doesn't mean the charges are dropped, or that they go away, but he will be admitted to a state hospital where he will be treated and, hopefully, regain his competency."

Paul Westfall, Letha Westfall, Cameron Westfall and Kristen Westfall were arrested and charged with engaging in Organized Criminal Activity - Capital Murder and are being held in the Tyler Count Jail, each under a one million dollar bond.