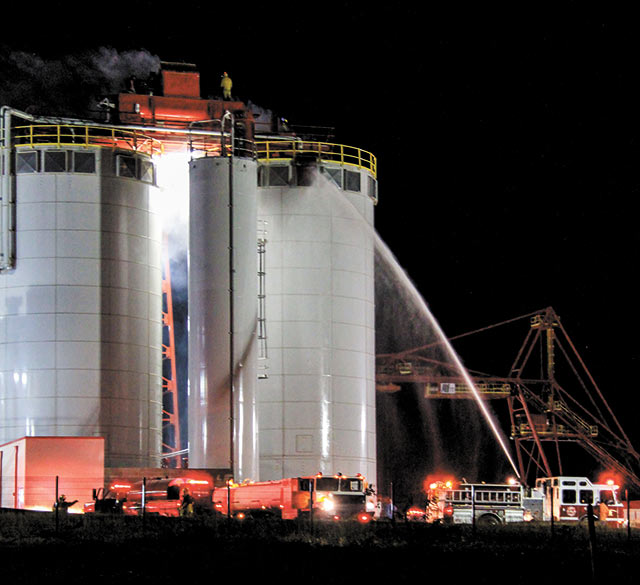 A fire in a sawdust silo at the German Pellet Plant in Woodville on Monday took almost 5 hours to put out, according to Woodville Fire Chief Tommy Shane. Woodville, Shady Grove, Colmesneil, Chester and Ivanhoe fire departments responded to the fire at approximately 7:30 p.m. on Monday, April 28. It is still unknown how the fire began, but the plant will be shut down for several days to investigate the cause. No one was injured in the fire. (Russell Hopkins Photo)