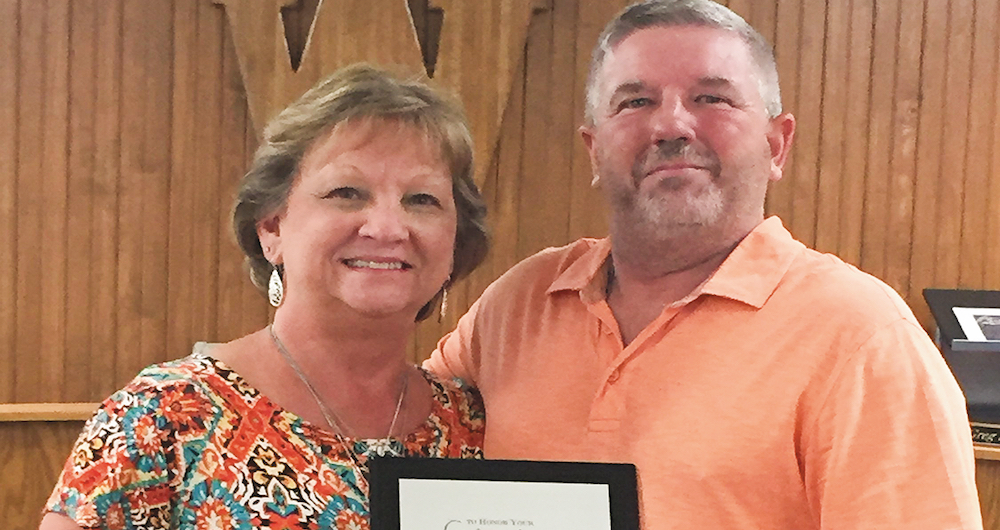 CHRIS EDWARDS | TCB Woodville ISD Board President Jimmy Tucker (right) presents his wife, Patricia, with a plaque commemorating her 30 years of service to the district.
By Chris Edwards
This email address is being protected from spambots. You need JavaScript enabled to view it.

WOODVILLE – The Woodville ISD Board of Trustees held its regular monthly meeting on Monday evening, and approved several items related to the COVID-19 crisis and its impact on the district. Board members and district superintendent Lisa Meysembourg also discussed the possibilities of the coming school year in regard to finances. 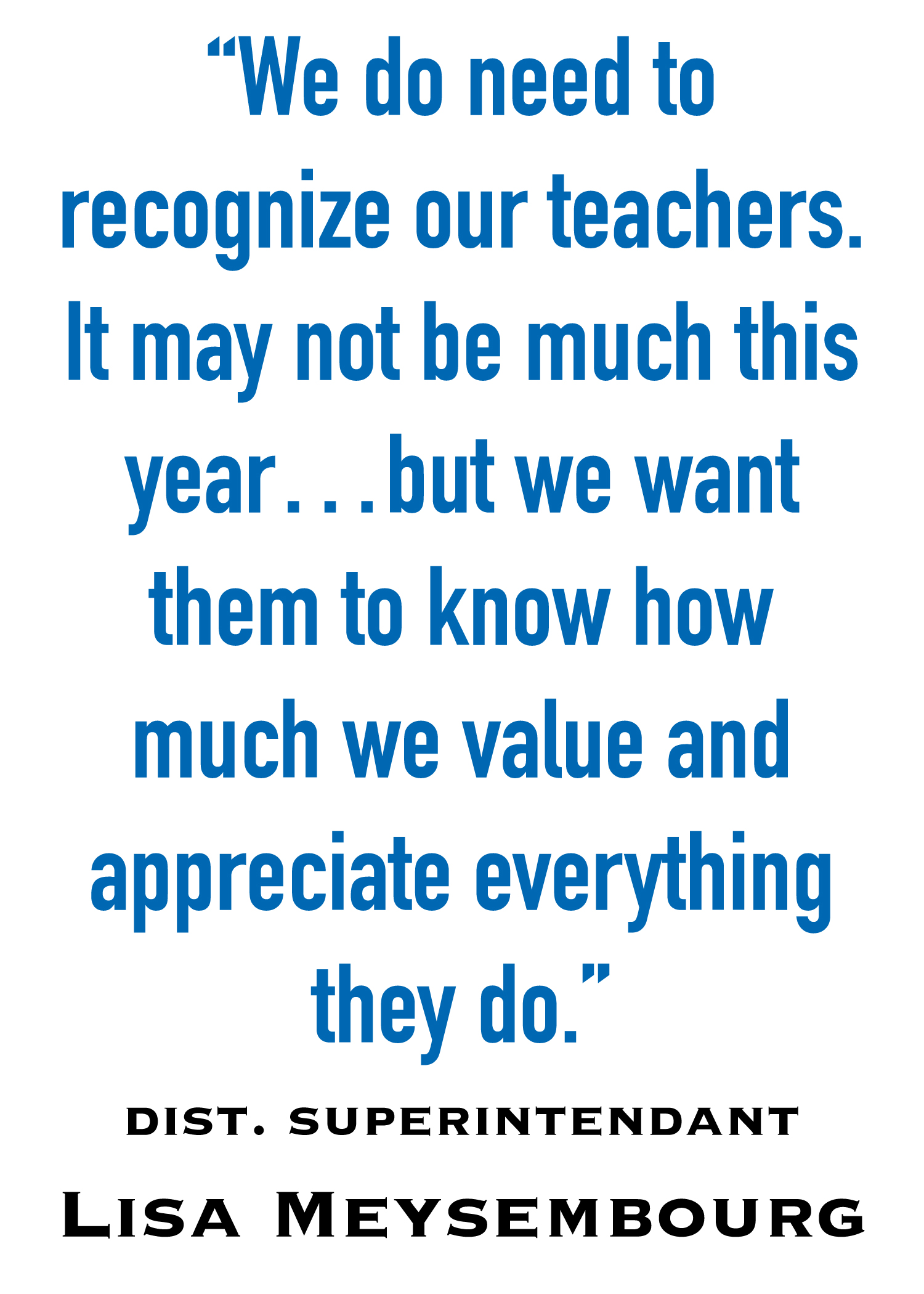 Under one agenda item, which called for the consideration to approve a pay system and salaries for WISD, the board approved the system for the coming school year, which includes a one percent, across-the-board raise.

Business Manager Cody Jarrott said the salary raise proposal had to be retooled from an earlier version, due to COVID-19 concerns. Originally, the district had hoped to give its employees a three percent increase to their salaries.

Jarrott said the district has been exercising caution with the budget since the coronavirus pandemic hit, but also said uncertainty lies in what the state legislature will do in September 2021, with regard to school finance, as next year is a legislative year.

Meysembourg agreed, and said the district wishes it could give a higher raise to its faculty and staff members but needs to be cautious. “We do need to recognize our teachers. It may not be much this year…but we want them to know how much we value and appreciate everything they do.”

“We are being told through TASB to be very, very conservative for the next couple of years,” she said. “Most of the school districts I know are either freezing salaries or going with a one or two percent raise.”

The new pay system also includes a pay grade chart, with compensation commensurate with the level of experience of the employee, as well as the type of position. “It gives flexibility, but it also provides very clear structure,” said Meysembourg.

Tucker recognized
Before it began the consent agenda, the board members acknowledged WISD retiree Patricia Tucker for her 30 years of service to the district. Tucker’s husband, WISD Board President Jimmy Tucker, presented her with a plaque and spoke about witnessing her inspiring qualities as an educator, including her dedication.
Jimmy Tucker said that the board will honor the district’s other retiree, Gem White, next month.

Other Business
The WISD board members approved compliance certification of required employee security awareness training. Meysembourg said the district is 100% in compliance with this training, with all employees having completed the newly mandated security training measures.