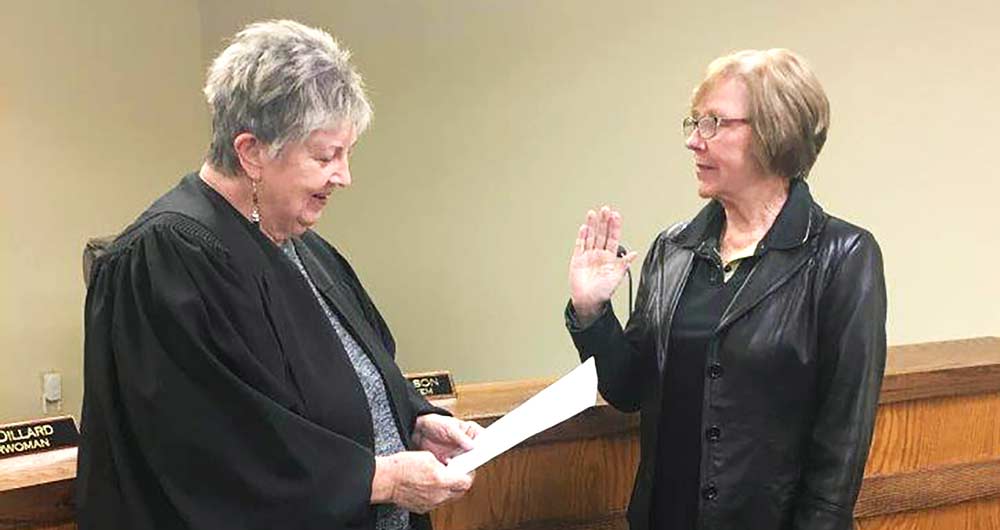 WOODVILLE – The Woodville City Council took action to establish a one-way street during school hours along North Reid from Redbud to Pine at its regular meeting on Monday, Dec. 9.

This would affect the thoroughfare in two shifts during school days: from 7 a.m. until 8:30 a.m. for drop-off and at pick-up time in the afternoon. The closure goes into effect when Woodville ISD resumes its classes after the Christmas break, on Jan. 7 at the Wheat Elementary and Intermediate School campuses.

The matter came before the city from WISD, concerning traffic congestion along the route. City Administrator Mandy Risinger said the primary issue has been with people turning around in private driveways after picking up students.

Risinger said that once the one-way street goes into effect, motorists will have a grace period for at least a couple of weeks. “We want to make sure people know that it is a one-way street,” she said. Following that, they will be subject to a citation and/or a fine of up to $219.10.

The consensus of the council, Risinger said, was if there was no penalty, the one-way street rule would not be adhered to.

Other Business
In her regular monthly report, Risinger provided updates on some grant projects, and a few other matters concerning the city.

The city has submitted the required federal startup documents for the street improvement project to be undertaken with the $2 million grant it received through the General Land Office, Risinger said.

As for the round one of Hurricane Harvey funding through the GLO, Risinger said the grant administrator is responding to questions pertaining to the event and the application.

The city also received its award letter for the regular CDBG cycle grant, and the $275K award will be used to replace the bar screen at the sewer plant.

Risinger also provided updates on the following in her report:
• The state Railroad Commission conducted a safety audit on the city in November and made no findings.
• The city office will be closed on Christmas Eve, Christmas and New Year’s Day.
• The citywide Christmas decorating contest results were tallied, and Citizens Bank won for best wreath; the county clerk’s office won for best seasonal display and Country to Classy Boutique won for best use of lights.