The funds, which county Emergency Management Coordinator Ken Jobe estimated to be around $3.4 million, were allocated by the General Land Office as the second part of a funding package allocated to aide residents affected by Hurricane Harvey in 2017.

The first part of the GLO funding was for infrastructure, which the county split three ways. The buyout/acquisition funds will be used to procure areas that were flooded during the hurricane and are prone to future flooding.

“It’s designed to help us address and possibly eliminate places where people live, but shouldn’t, due to the frequency of flooding,” County Judge Jacques Blanchette said.

The commissioners also approved moving forward with beginning procurement services for an administrator for the grant. Blanchette said the administrative services are included in the grant funding, at no cost to the county.

Courthouse remediation update given
Kay Timme presented some information from a recent workshop held concerning the remediation work being done on the courthouse.

LaBiche also broke down all of the work between remediation and rehabilitation tasks.

Other Business
During their meeting on Monday, commissioners also voted to approve the following items:
• The purchase and installation of an emergency generator at the Town Bluff radio tower was approved. The generator will be purchased at a cost of $7,560.50 and propane fuel will be used for it.
• No action was taken to restrict certain fireworks during the period of Dec. 20 until midnight of Jan. 1, 2020. Current conditions prove no perceivable threat, and there have been no drought conditions, Jobe said.
• The approval to seek bids for maintenance agreements for the air conditioning units at the Tyler County EOC/Nutrition Center; Commissioners’ Building; Tyler County Annex Building; County Clerk’s Office; Courthouse and Sheriff’s Office was approved. Also, commissioners voted to go out for bids for the repair and renovation work for the tax office. 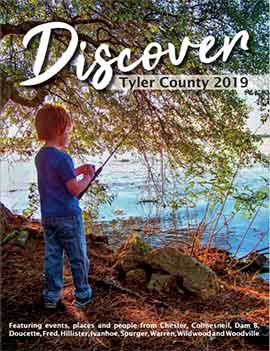