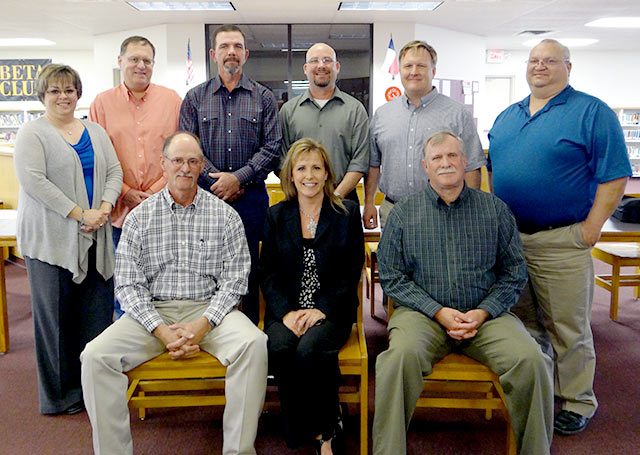 After convening by President Curtis Pittman and an invocation by Secretary Kenneth Adaway, the board quickly went into a private executive session in an adjacent classroom, allowing the guests to remain in the board chambers.

When they returned, the motion was made and accepted for the board to confirm the resignation of Athletic Director Fancy Johnson, and they authorized Interim Superintendent Elton Hightower to execute the voluntary separation agreement approved by both parties, which included a lump sum payment of the remainder of his 2013-14 contract, less appropriate deductions.

Then the motion was made to announce the board's lone finalist for CISD Superintendent. On acceptance, Matterson was asked if she would like to ask anything, and she said, "No, I am good to go. I thank you all."

One board member mentioned the hard work ahead, and another confirmed the board's support.
Pittman affirmed her readiness to start April 3, two days before spring break.

Hightower reflected how she had helped him obtain about $400,000 after Rita. She had called him just a few days before the deadline to receive that grant money and he had not forgotten it.

The board had 19 apply and 10 were interviewed in February.

Matterson graduated from Woodville ISD, earned a bachelor's and master's degrees, and earned both the Superintendent's and Principal's certificates.

When Colmesneil Mayor Don Baird heard the news shortly after, he said, "She's my neighbor." Several of her family live on the same street. With 22 years in education, in many ways she is returning home to be CISD's eighth superintendent.