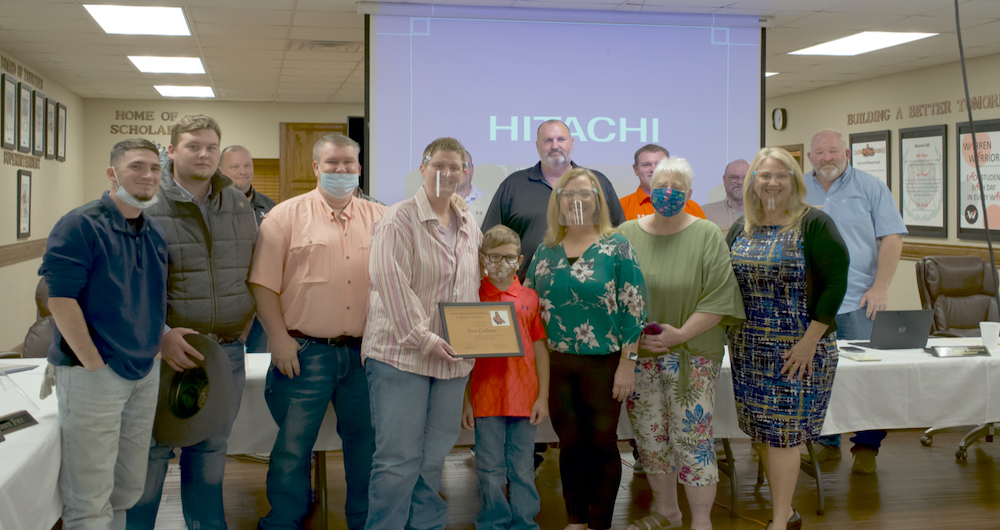 WARREN – The Warren ISD school board members met for the monthly meeting on Sept. 28 to recognize math teacher Tara Graham, discuss the staff reports, and vote on business items.
Robyn Glosson, principal of Warren Elementary, recognized Tara Graham with a certificate of achievement for her performance as a math teacher and as Warren faculty.

“She loves her students and her students love her right back. She has a special ability to connect with her students. Her class is challenging, engaging, and she uses everyday life situations to draw her students into her math lessons,” said Glosson.

Delinquent Tax Report
The delinquent tax report was explained by Linebarger Attorneys at Law. According to the firm, Ivanhoe and Wildwood are the main problem areas. Jim Lambeth described the snapshot view as 35% needing to be collected. 37.98% are returned mail, indicating a bad address.

“You got to know that there is a large amount of your roll sitting there, right there, that is probably low value, low dollar, and bad address. So that’s a big red flag to begin with,” said Lambeth. 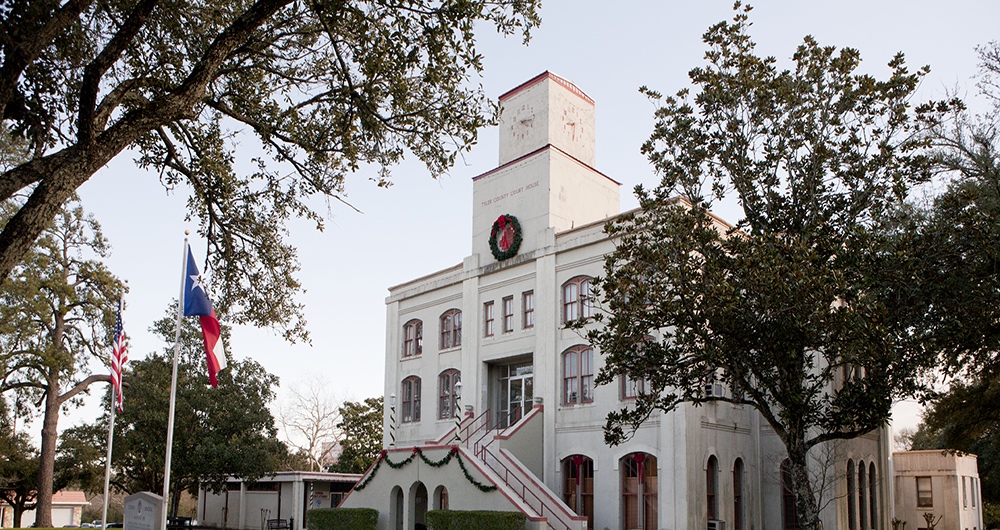 “The worst thing that could happen to us as a governing body is for outside voices and influences to divide us and create discord among us. Well, it’s happening,” Blanchette said.

County employee Kay Timme spoke during the public comments portion of the meeting, prior to the regular agenda, and said she wanted to address things as a taxpayer as well as an employee.

“I challenge all county officials to get past the divisiveness and begin to work together,” she said. “You all have an obligation to the citizens of this county.”
Part of the discussion during last week’s budget workshop that resulted in a lengthy discussion had to do with part-time employees and overtime pay. Timme said she was one of the part-time employees in question.

Timme said she worked throughout the pandemic shutdown, and did a variety of labor-intensive tasks, including filing, research and drafting of documents, and worked 17.5 overtime hours.

“Those of us who worked so diligently in the early stages of COVID made great personal sacrifices to serve the citizens of the county during a very challenging time. We earned every dollar we received,” she said. Timme also spoke to the skillsets and responsibilities of employees and how they relate to compensation.
Another aspect of the budget workshop discussion, which Pct. 3 Commissioner Mike Marshall spoke about, was the hiring of retirees to fill positions. With regard to salaries and benefit packages, Marshall said that he was not in favor of hiring individuals who already had retirement income. Timme, who is a retired teacher, addressed this discussion from the workshop. “How do any of you know what a person’s financial needs are?” she asked.

“This is a slippery slope,” she added. “Are you going to restrict hiring to only those folks who are not retired?”

Blanchette later read a letter submitted by Timme announcing her resignation as the county’s coordinator of special projects. The oversight for the courthouse remediation project was transferred to the commissioners’ court for reassignment.

“We have got to get past this sniping at each other…because we’re doing a disservice to the county if we don’t,” he said.

Spivey also addressed an agenda item, which transferred managerial oversight and personnel supervision from Blanchette to each of the four commissioners for the Agri-Life Extension Office; the Department of Public Safety; the Veterans’ Service Office and the county’s maintenance/custodial/grounds office. Spivey said of the topic, which was discussed at length during the regular agenda portion of the meeting, that it does not matter who he reports to. “Whether we’re appointed or elected, everybody who serves this county ought to be…serving this county before serving anything else.”

The proposed rate of .6782 per $100 of valuation, the same tax rate the county has operated on from the past two years, was voted for by Commissioners Marshall; Buck Hudson and Stevan Sturrock, and against by Blanchette and Commissioner Martin Nash. The proposed rate for the county special also was the same as the two preceding years, and was approved by a 4-1 vote, with Blanchette voting against it.

The court unanimously approved the proposed rate for the hospital tax (also unchanged at a rate of .2294 per $100 of property values.)

The public meeting to vote on the tax rate is scheduled for Sept. 28 in the commissioner’s courtroom at 11 a.m. 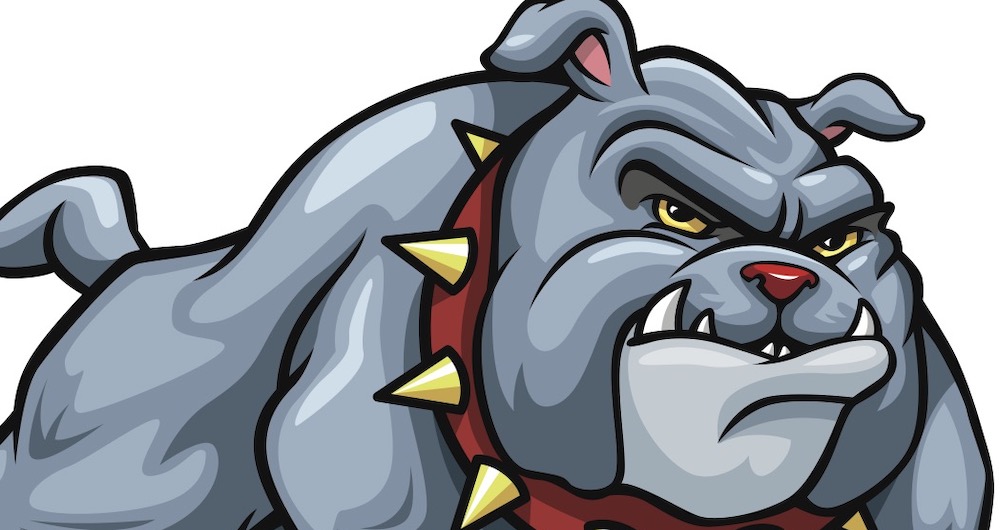 By Mollie LaSalle
This email address is being protected from spambots. You need JavaScript enabled to view it.

COLMESNEIL – The Colmesneil ISD Board of Trustees held a special board meeting last Wednesday, and heard a presentation from Randy Weeks from Direct Solutions, based out of Livingston.

Weeks was on hand to speak to the board about his company’s products and services. The district is considering entering into a contract with Direct Solutions to provide the school with janitorial supplies. Direct Solutions carries everything from paper plates to cleaning supplies to containers and dispensers for businesses and homes.

Weeks explained that his company would provide the personnel, supplies and whatever else the district deems necessary to keep both campuses clean and sanitized. He explained that 70% of the cost would go to payroll, with the remaining 30% going toward supplies, which breaks down to $17 per man hour/8100 hours of cleaning. Mr. Weeks stressed that the agreements they normally enter into are for a period of three years. Board member Kris Lindsey wanted to know “If it’s not working for us or you, how do we get out of it (contract)?” Mr. Weeks replied that the company has “30 days to correct the problems, and another 30 days to get out of the agreement.”

If the board is in agreement to hire Direct Solutions, the contract would start Sept. 1.

Board members inquired about the employees they already have, and stressed they are happy with their performance(s). Weeks said “absolutely, keep the staff you already have, we can bring in supervisors.”

Before the board adjourned for board training and goal settings, they approved the district entering into an agreement with KBS Law Group.

After the board training, trustees went into executive session to consider signing an agreement with Direct Solutions; the motion passed, with the district signing a three- year contract. The board also approved two new personnel hires: William McInnis, who will teach Special Education and Lanette Golden who is going to teach fourth grade.

The first day of school for Colmesneil ISD is scheduled for Thursday. Colmesneil ISD is committed to working to keep everyone safe during this time. While they cannot prevent COVID-19’s presence on campus, they will do whatever is possible to mitigate its presence and preserve the school community’s health and welfare.

TEA (Texas Education Agency) has provided a Public Health Guidance list for the 2020-2021 school year. This document has been compiled using TEA resources, and may be found at the following website: www.tea.texas.gov/coronavirus. 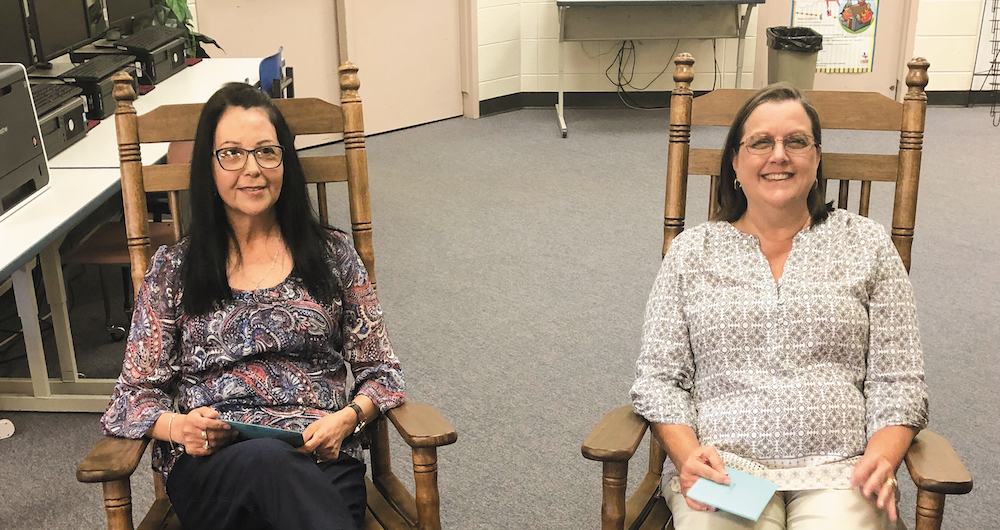 PHOTO BY EMILY WATSON Gracie Cook (left) and Carrie McKnight were honored by the Chester ISD Board of Trustees at the board’s regular meeting last Tuesday.

CHESTER – The Chester ISD school board honored retirees Carrie McKnight and Gracie Cook last Tuesday night prior to the board meeting. They have given 46 years to students in Chester and will be missed. Both were presented with a sturdy rocking chair for them to use for many more years.

Board president Ray McKnight gaveled the June meeting to order at 6 p.m., with all board members present, plus principal Katie Loughner, staff member Nancy Lewis, along with Vernon Lewis.

After a board photo was taken, the consent agenda was approved and then all approved that the old concession stand by softball field be added to bidding list as salvage. Chester ISD Superintendent Cory Hines updated the board on the new concession stand/restroom and batting cage and asked for additional funds to add covered areas to both ends of the building which was approved.

Loughner updated the board on graduation protocols in place for Saturday night as state and county guidelines must be followed. She also reported on the latest accountability info from the state. Prior to going into executive session, Hines reported that a long-lasting septic leak was found and repaired.

After returning from a fairly long executive session, it was moved to change the method of board member elections from a 4-3 cycle to a 3-2-2 with staggered terms of three years; this was approved pending legality with the county. The board had also evaluated the job of Hines and moved that he be given a new five-year contract; this was approved with no discussion. No other action was taken thus meeting adjourned at 7:30 p.m.