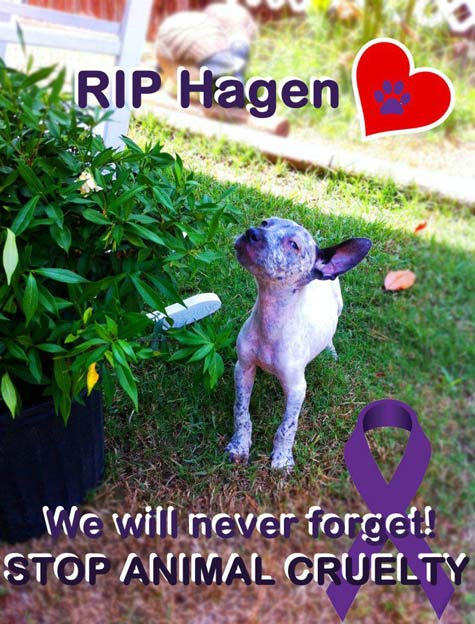 People from all over South East Texas are joining together for a great cause this month, as a local dog rescue begins construction on it's new "Hagen's Hope" animal hospital.

Sweetpups, a dog rescue out of Vidor, Texas, serves the whole South East Texas area and often works with Tyler County residents to take in dogs or adopt out dogs. Many people in Tyler County have received great pets from this rescue, and are happy to give back to the cause.

Recently, Sweetpups gained a pit bull puppy named Hagen that had been starved, mistreated and given tobacco poisoning. The rescue put in tons of effort to save the pup, but she passed away earlier this month. But, thankfully Hagen prompted the building of "Hagen's Hope" a rescue hospital that will service dogs all around the South East Texas area.

The entire community is coming together to support the building of "Hagen's Hope" and Sweetpups are now holding a statewide auction to help with funding for the project. Items include photography sessions, jewelry and small gifts as well as big-ticket items, such as a tanning bed! Items can be bid on at the Sweetpups Facebook page, which can be found at www.facebook.com/swe181. Some of the items are selling for as little as five dollars!

Many Tyler County residents have already donated and volunteered for the cause and are excited about the new hospital and the auction that is helping to raise money for dogs like Hagen.

"I know that Hagen's Hope will help dogs all around the area, not just in the city," says Betty Ross of Fred. "We got both of our dogs from Sweetpups, and I feel this is just a way to say thank you."