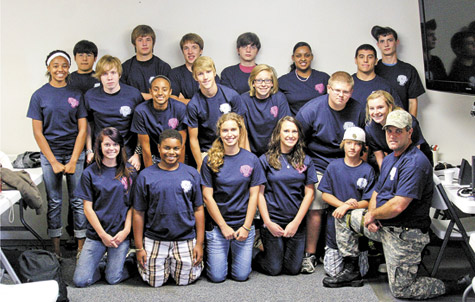 Woodville Police Department held it's 4th annual Teen Police Academy last week and students and instructors alike say it was another successful program. A total of 25 students participated in the week long program, where they learned a little bit more about local law enforcement and how they work.

Five students returned to the teen police academy after attending last year and say that its a great program.

"I learn a lot from it every year," said one returning student. "I think every student in Tyler County would enjoy this, and that everyone can benefit from it."

First year students also praised the teen police academy, and say that they have a deeper understanding of how Tyler County law enforcement works.

"I don't see cops as just bad guys that write a ticket, they do so much more than that and really help the community," said another student.

On Friday, June 13, the last day of the Teen Police Academy, each student received a free t-shirt to keep just for participating in the the program all week.

The police station hopes to continue the Teen Police Academy for years to come and that more and more students become interested in the program.