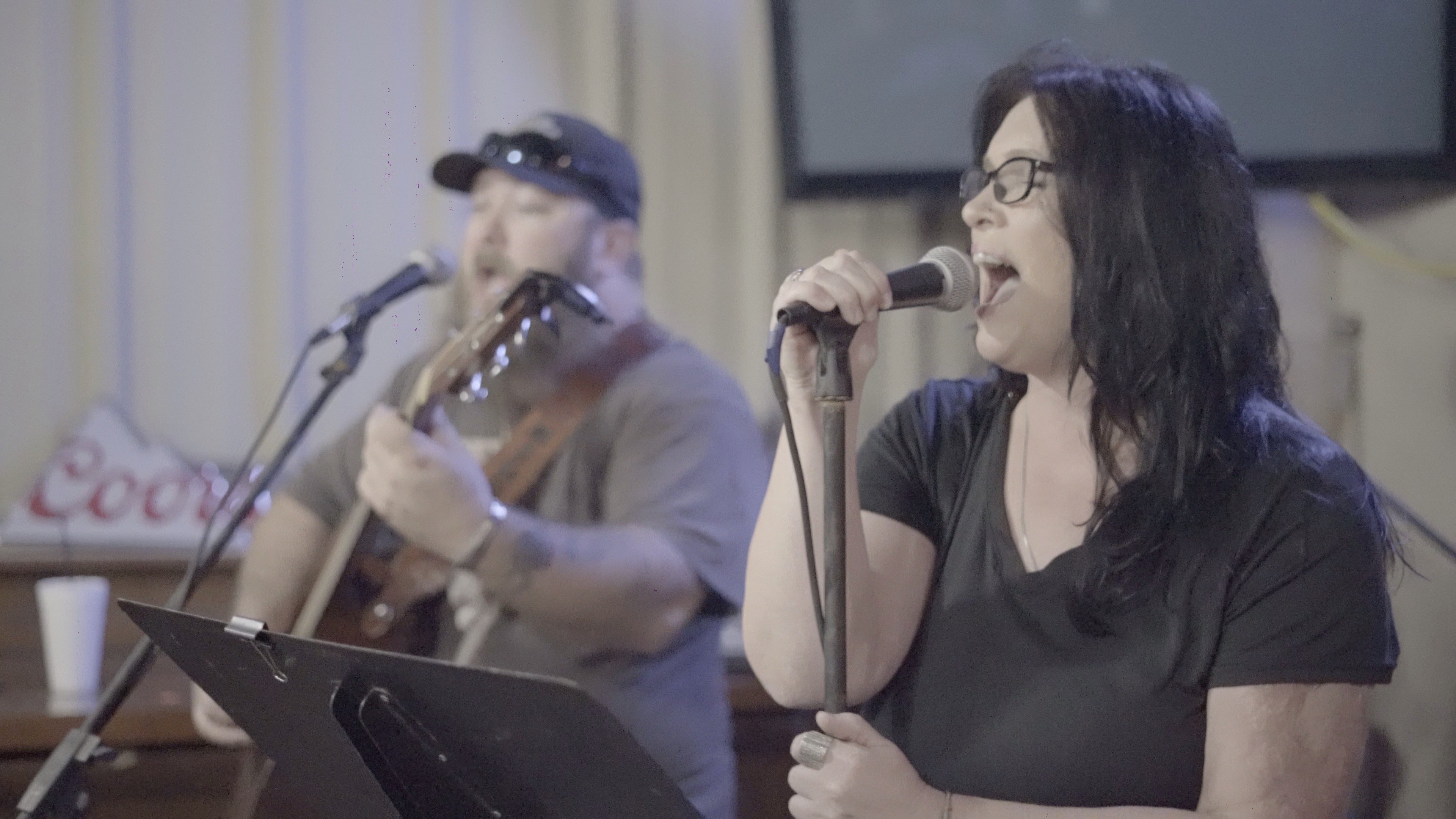 Residing in Tyler County is a soulful rock band with a country twang, southern rock some might call it. The band, Ina Dilemma, started their rise to rockdom, with Mike Hanna on lead guitar and vocals, Krista Thompson on drums and Mike Jones on bass. The story goes, Jones wouldn’t play unless they had a guitar player. Once Hanna was on board, Jones followed shortly after. The music was there, but they needed a vocalist. After some time, the found their lead singer Felesha Sterling, who joined the band five years ago.

All of the band members developed their inspiration from different avenues. Hanna heard Stevie Ray Vaughan and was hooked on those sweet licks and soulful style and has been playing for 15 years since. “My mom was really big into music, got me into the rock and roll side of things, and then I discovered Stevie Ray Vaughan,” said Hanna.

Hanna’s tasteful playing, which ranges from crunchy rock riffs to soaring, bluesy leads, is a perfect counterpart to the charismatic presence of the band’s front-woman Sterling.

Sterling provides plenty of vocal firepower said she received her inspiration from singer and actress Julie Andrews. “I loved her vocal ability, and I just thought it was a great challenge to try to mimic her. Of course, it turned into my own little thing,” she said.

Thompson, who is a powerful force behind the kit, explained her inspiration came from the idea that music lifts a person’s spirits. “Without music you get depressed, music can lift you and sometimes it can take you down little bit when it’s sad, but most of the time people like music when you get to tap your foot,” she said.

Jones, a lifelong musician, described the relationship of the band and why he still plays. “I love music, it’s all about music to me, friendship. Being in a band is almost like being in a family. Actually, it’s like being married to four of my ex-wives at the same time, but that’s family, you know. We’re always in a dilemma,” said Jones.

Currently, the band has no plans to record an album, and all of its members have no plans of moving from their Tyler County home base. With mostly covers as the bulk of their repertoire, they play all over the East Texas region. The typical set list at an Ina Dilemma show ranges from classic blues and rock tunes to more recent songs by Texas and Red Dirt artists.

Two establishments in the area they frequent are W.O.’s Friendly Tavern at Village Milles and Magnolia Bar and Grill in Woodville.
You can book Ina Dilemma through their Facebook page, find out where they are playing next or view recent videos of them playing live.