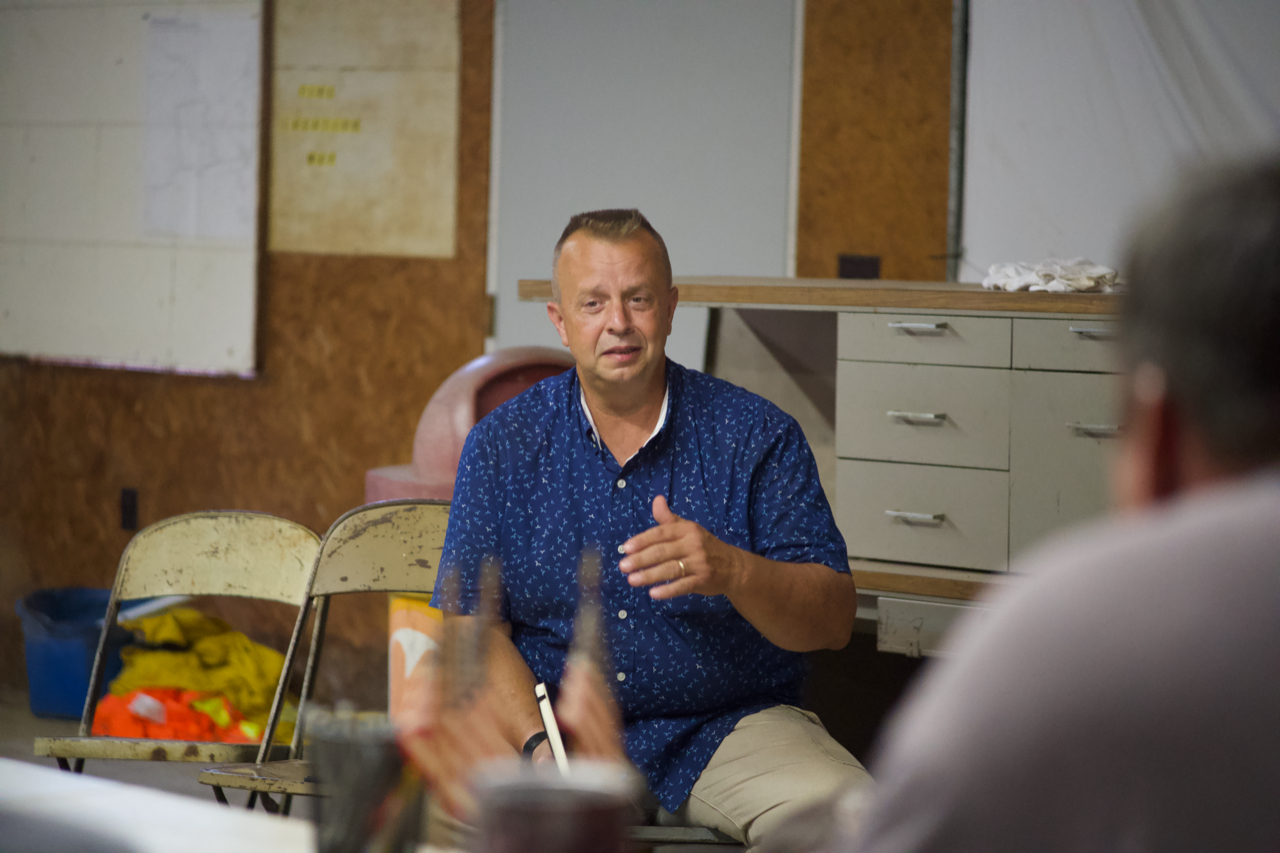 WOODVILLE – Michael King, who is running for Tyler County Sheriff as an independent, spoke at the White Tail Ridge Volunteer Fire Department meeting last Tuesday. King discussed his career qualifications and what he hopes to change for the county.

King also made a point to hear what the crowd had to say. The volunteer fire department, which is practically a cornerstone of the White Tail Ridge community, currently consists of nine volunteers. After scheduling conflicts courtesy of Hurricane Laura, the turn out of the event was near 10 individuals from the area. As concerned citizens and community volunteers, they wanted to voice their opinions for a change in how the Sheriff’s Department is operating in Tyler County.

“We want to see what he can do for us. We want somebody who can represent us,” said local Lois Dobson.

The two major concerns for most of the county, according to King, is the drug issues and accessibility of law enforcement.

When asked by recent Louisiana transplant, Scott Preston, “What are you going to do for us, if you were elected?” King replied with a list of actions he would take.

“What I plan to do, is without any increase in revenue, any increase in man power, is re-balance and demonstrate the leadership capabilities that I have, and actually take the resources that are already there, and balance them out so that every precinct will have assigned deputies working it,” said King.

He also stated within six to nine months he would have two duel K-9 units, for bite and drug enforcement. The purpose being, not only back up for the deputy, but also for probable cause for drugs or paraphernalia.

Fire Chief Robert Hoffman inquired, “How available would you be to the public?” To which King responded, “To sit here and tell you I’m going to have an open-door policy, every politician is going to tell you that. But I’ll tell you as well, I’ll be out working the streets. Because I’m not going to put deputies out there asking them to do something, I’m not willing to do myself.”

King explained, “I’ll have a cell phone. That cell phone will be put out. I’m going to revamp the Facebook page so no longer will it say ‘this is who was arrested’. It’s going to allow comments, it’s going to allow people to go on there and see what’s going on in the county.”

In the name of fairness, the Booster reached out to Sheriff Bryan Weatherford to address some of the concerns raised at the meeting. “This is not an excuse, these are facts… with our county being 923 square miles, we are limited sometimes to the time restraints to respond to incidents, but incidents depending on the nature of the call,” said Weatherford.

“If any individual is calling and needing to report say a theft of some sort, something that is not a crime against a person, an immediate danger if you will, some of those calls we have to prioritize, these calls that come in,” he said.

According to Weatherford, the sheriff’s department receives over 5,000 calls that require a deputy to physically respond per year.

Weatherford wanted to reassure the public that, “In an emergency situation, we’re there as fast and hard as we can get there… 911 calls take that priority and they’re going to deal with any immediate danger, threat, or the immediate of assistance of someone’s well-being.”

Responding to the notion of non-availability, Weatherford explained, “My cell phone is public, I’m so easy to reach. I urge citizens not to let their frustrations their concerns add up, that they reach out directly to me… I know I can’t make everyone happy, but we do our best no matter whether you like us or don’t like us to provide you with the best service as possible.”