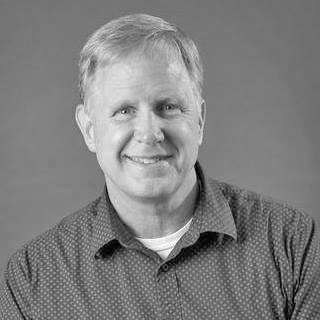 In a way fitting, Abernathy is a born native Texan, and he relishes the challenges of life. He grew up in Richardson and has enjoyed the whirlwind of sports all his life.

He knows crisis, too, having survived being struck by a car when he was eight years old. Risks and adventure appeal to him, and that is how he looks at ministry. In a Baptist Standard article, he was asked about his dream job, and he said, “Anything that was risky—climbing, flying, etc.—I broke 14 bones growing up. I have found that Christian ministry is as exciting as it gets! Inviting people to serve the God of all Creation forever…. Now, that’s a great leap. Isn’t it?”

The FBC search committee aptly summed their final rationale for their choice. With experience pastoring and leading in churches and earned degrees from Baylor and Southwestern Baptist Theological Seminary, his experience in the church and love for people impressed them.

FBC Worship Pastor Mark Tolar said, “He’s relational. We’ve had the best time.” He’s made a point to meet people as he can, even while moving from Lubbock to Woodville in the midst of the storm preparations, over 560 miles, which in most other parts of the country is several states away. He comes from Lubbock’s First Baptist Church.

A family man—he and his wife, Kelle, have two daughters and a son, all successful, and so far, four grandchildren.
Among his favorite places to visit is the Holy Land of Israel and the Sea of Galilee. He has developed several friends there and facilitates an ongoing ministry with them. “So much peace and power in one place,” he reflected upon Israel.

He loves working with his hands, be that carpentry, construction, or hiking the hills of our great country. He and his wife just took a hiking trip, a short break in the transition from Lubbock to Woodville. He enjoys golf, too—and several in FBC will be golfing with him. Outside of researching for messages and writing, he enjoys leisurely reading biographies.

His heart in ministry goes back as far as he can remember. “I remember praying with my parents as young as five years old,” he said. He came to seriously contemplate his mortality after the accident at eight, and after he recovered, he accepted Christ. In a very real way, he has been involved with his church all his life.

In a campus revival meeting, he reflected, “I confessed to God, ‘I am not good enough.’ And the Holy Spirit replied to my heart, ‘You are right. You’re not, but I AM!’”

These days in ministry, he confessed, “The truth is that it isn’t about me, but is about the power of the Good News of Jesus that has sustained me ever since that day.”

“Everyone has a vital task in the body of Christ,” he reported. “Just as Ephesians 4:11–13 states, my favorite part of this work is ‘equipping saints for ministry.’ It is incredibly energizing to help people engage in their personal Christian mission.”

In addition to connections in the Holy Land, he has been a leader with Refuge of Light, a ministry for victims of sex-trafficking in Texas.
As the FBC search committee reflected to the church prior to his coming, they felt his call to the ministry was strong. He believes in partnering with people and aiding them on their journey in following Christ and growing as faithful disciples. The church autonomy and the individual soul’s competency are Baptist doctrine, and ministry is about equipping members to co-labor in fellowship and on mission for the gospel.

Caleb is one of his favorite Bible characters and the name of his son. Abernathy reflected on how Caleb “doggedly” pursued what God promised over the long haul of his life. To the Baptist Standard reporter, he said, “I believe we fear the future too often and sell out the purpose and passion of the church. The ‘high country’ is worth gaining, no matter the long obedience required.”