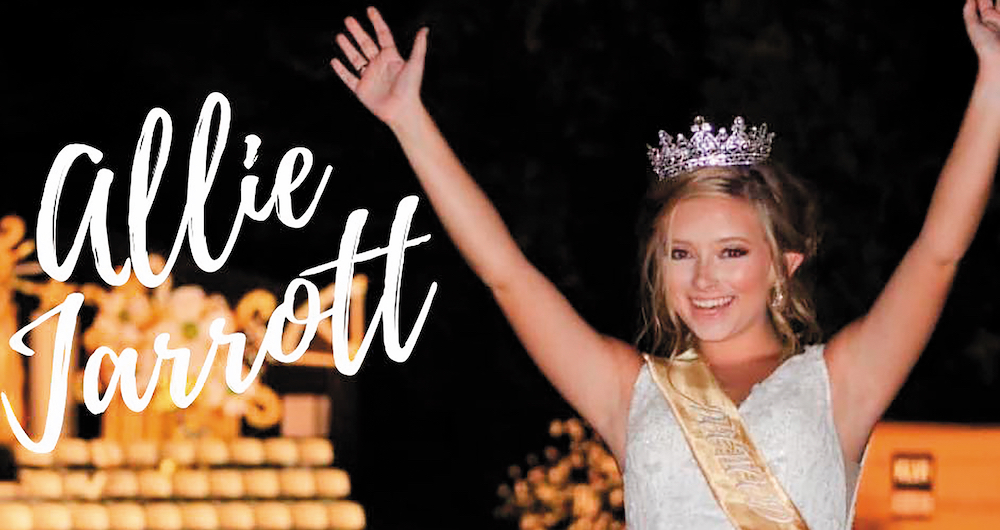 Woodville princess Allie Jarrot was crowned the 2020 Dogwood Queen on Saturday evening at the coronation event. COURTESY OF THE TYLER COUNTY DOGWOOD FESTIVAL PUBLICITY COMMITTEE
By Chris Edwards
This email address is being protected from spambots. You need JavaScript enabled to view it.

WOODVILLE – To paraphrase Aesop’s immortal fable about the tortoise and the hare, slow and steady (along with a great deal of determination) wins the race.
In the case of the 77th annual Dogwood Festival, the organizers were not going to allow a pandemic that has cancelled other events across the country (and beyond) to put a damper on it. Slow and steady, but with determination, they put on the event, which had been rescheduled from its traditional March-April run. “It’s the first time we’ve celebrated the spirit of springtime in June,” said Jacob Spivey, who provided narration and commentary for the livestreamed coronation.

On Saturday, an abbreviated version of the festival was held, and although it was limited to the span of a single day and featured a slightly different protocol with the parade and in other parts, Tyler County now has a new Dogwood Queen and a good time was shared by many.

At the crowning event (literally) on Saturday night, Woodville’s own Allie Jarrott was crowned the new Dogwood Queen. Jarrott, a member of the Woodville High School Class of 2020, is the daughter of Cody and Joanna Jarrott.

The Queen’s coronation was livestreamed through the Tyler County Hospital Facebook page, and in the introductory remarks, the festival’s executive director Buck Hudson said that in his 29 years of being associated with it, this has been the most challenging year to produce the event.

He said it was important to have the event for the youth of the county, but also to uphold the tradition. At the coronation event, Hudson acknowledged all of the directors and volunteers who were involved with the festival, and said that some events, such as the planned barbecue cook-off, which was to be a new addition to the line-up of events, will hopefully take place next year.

“The spirit of the festival is one of voluntary cooperation,” said Hudson. All of the volunteers work with one another to make it all happen.

In her remarks during the coronation, festival director Leann Monk said it is the tenacity of the people that allows the county to weather hardships successfully. “We’ve been knocked down before, but we just get right back up,” she said. “Dogwood means so much to each of us.”

The parade, which kicked-off Saturday’s festivities, saw more than 90 entries cruising through town amid a beautiful, clear and not-too-hot backdrop, along the route which headed east on Highway 190 and turned north onto Highway 69. 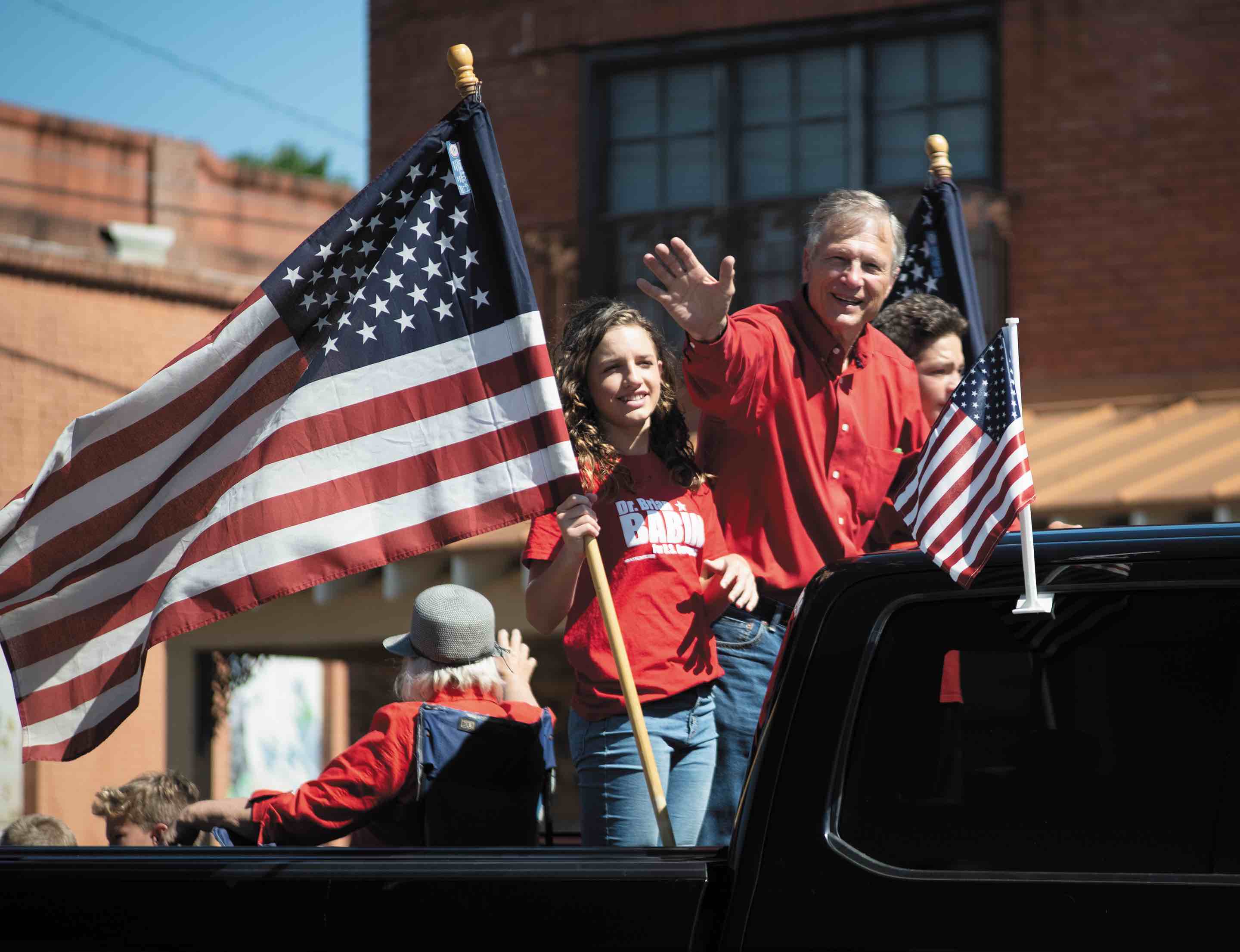 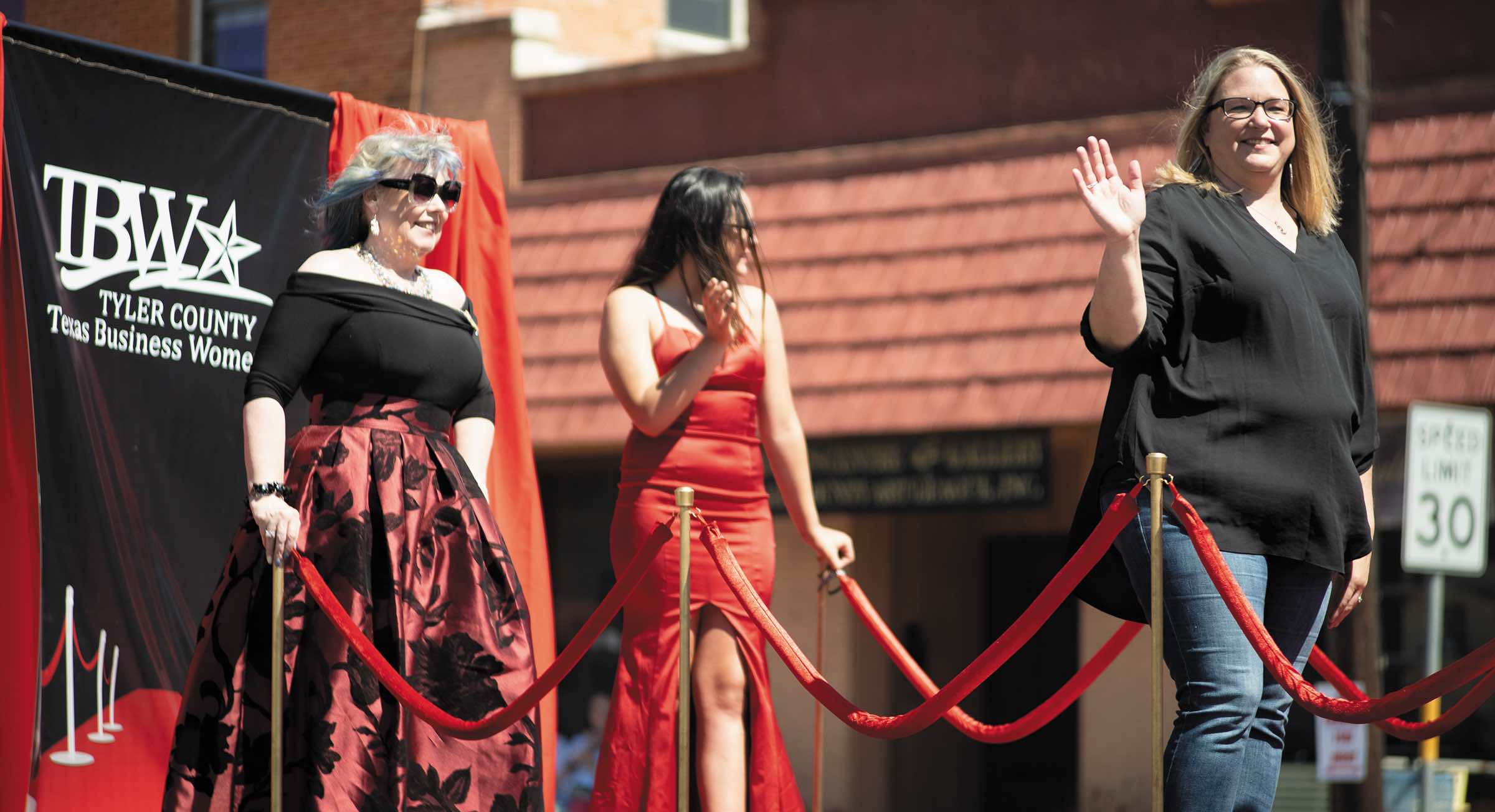