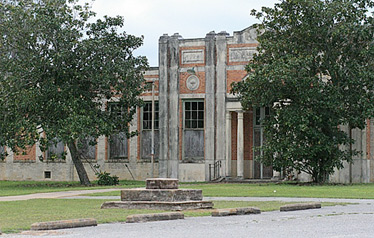 The old Junior High building in Warren has been a historic building in the community for years, and many citizens wonder about what will happen to it in the future now that some major changes have been made.

Kent Gore played a large part in buying the old Jr. High recently, and has a few plans for its future.

"We bought the school around the first of the year and have tentative plans of changing it into some type of building that the community can use for things such as Little Dribblers Basketball practice or church events" says Gore, "at this moment we have no plans of tearing down the building."

Gore is now letting a few organizations use the building at allocated times, but says, "We can't open it up to the pubic right now because it has been getting broken into almost weekly. We let Little Dribblers and church members to use it when they need it, but it's too dangerous to leave open."

Gore does not charge the groups to use the building, and it's been a welcome addition to the community for the young basketball players who wouldn't have a consistent place to practice otherwise.